Do Not Sell My Personal Information
6

cavsLTU said:
would be crazy if Lebron doesnt pass Kareem in All time points scored due to the Covid-19
Click to expand...

Still think he will eventually.

if everything works out with the Big3 and h-o-r-s-e tournaments, as well as other sports like UFC 249 next weekend and the upcoming overseas baseball games - Taiwan League starts this weekend, and Korea League 2 weeks after - and I know that's a lot of ifs, but it sounds like there are a lot of precautions in place for every event - I really think we should have a blueprint for how to get the NBA and other sports back up and running, even with empty stadiums.

We'd have 70 regular season games due to TV deals, as well as most if not all playoff games, as well as 70+ NBA games next season even if we have to start it late, so not many games lost.

Every pro sports league will be hurting due to economy coming to a screeching halt. But I get the sense that NBA may have rougher days ahead than any other league. This was already a bad year for NBA-China relations, which the league relies on for sizeable portion of it's revenue. However, the Hong-Kong PR disaster ended up cycling out of the news pretty quickly. Now, you have a quarantined, attentive and angry American public following a 24hr news feed that is focused on just one thing: Coronavirus. And now this negative attention is begining to settle on China. The breaking stories the past few days are hurting China, politicians are attacking China, late night hosts are attacking China, even the medical experts are attacking China. And mind you, this is all happening in front of unprecedented captive American audience. And that's not to mention the possible mass exodus of foreign manufacturing from China after this crisis.

I'm sure a lot of this won't be truly sorted out for years, but I definitely think there's a possibility that an audience-driven product like the NBA won't be able to afford to do business with China as they previously were, especially if a years-long recession in the US and/or the American people see the Chinese Communist Party as the cause

EDIT: this is the shit i'm talking about 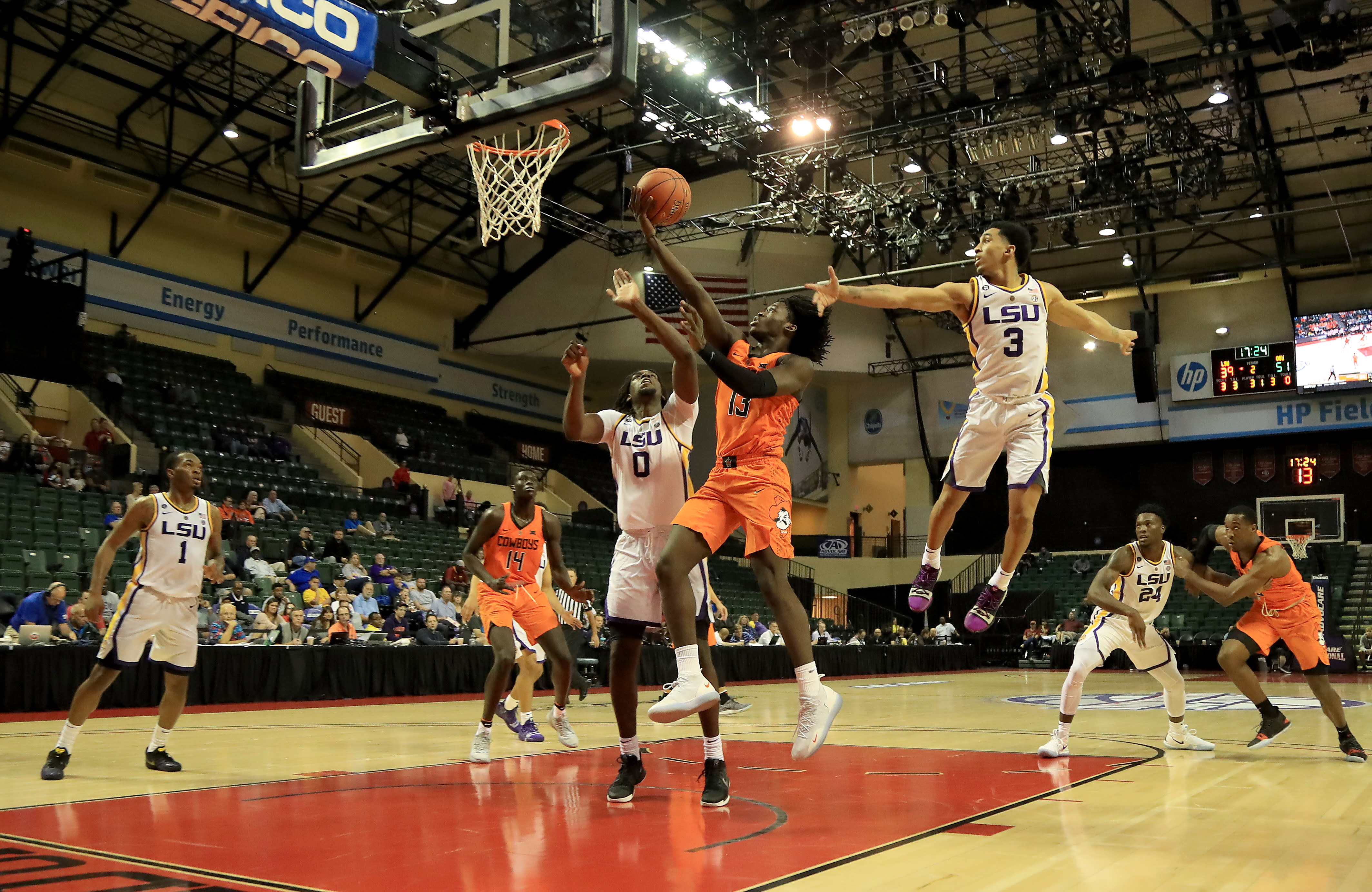 While Las Vegas, Atlantic City, Nassau and other cities are solid single-site candidates to host a league like the NBA, none offers what Walt Disney World does.

Interesting article about how you could put all the NBA guys in the same place until the games are all played. Lock it down and finish the season.

Many ideas have been pitched to save the remainder of the 2019-20 NBA season. Some have suggested picking up where the season was suspended and then pushing back the start of the 2020-21 season. Some have said to go right to the playoffs. All suggestions involve playing games in empty arenas devoid of fans for quite some time.

One that seems to be garnering support from our country’s leadership: sequestering the entire league and playing games at a single site. The idea is to quarantine all the players, coaches, trainers, officials, broadcasters and everyone else necessary for competition in one place. Think of something akin to the NBA Summer League in Las Vegas, but with real stakes and actual rosters.

Many sites — Las Vegas; Atlantic City, New Jersey; and Nassau, Bahamas — have been suggested for this type of event. Some locations have even lobbied for it. The challenge comes with finding somewhere that can provide the necessary housing, basketball facilities and the ability to create the absolutely mandatory bubble.

While many locations might come close, only place can offer all of those things with relative ease: Walt Disney World in Lake Buena Vista, Florida.

Before you laugh, let’s look at why Walt Disney World makes the most sense.

Hotel/housing
Disney has an abundance of hotel rooms on their 39 square-mile property near Orlando, Florida. Two hotels would work particularly well for this type of venture: Disney’s Art of Animation Resort and Disney’s Pop Century Resort. While neither are necessarily the high-end hotels that NBA players are used to staying in, they come with a key perk: Both are located just down the road from the ESPN Wide World of Sports Complex.

EWWS would be the hub for all basketball activity. It would make sense to keep the NBA personnel as contained as possible. The Art of Animation Resort has nearly 2,000 hotel rooms; Pop Century Resort has nearly 2,900 rooms. That’s almost 4,900 rooms in two resorts that are connected to each other. Both resorts also feature food and beverage locations that could easily be tweaked to offer meals for all NBA personnel. And both resorts feature swimming pools for relaxation during downtime.

If more high-end accommodations are desired, the brand-new Riviera Resort is nearby as well. It is much smaller, with just 300 rooms, but has all the food, beverage and recreation accommodations that would be necessary.

Basketball facilities
Housing the NBA in one place has to involve more than just a court or two to host games. Ideally, in order to maximize the schedule, the NBA would love to be able to play as many as two to four games at a time.

You would also need space for practices. Teams aren’t going to jump right back into the season and just start playing games. They are going to need some form of a mini-training camp leading up to the resumed season. They will also need practice space throughout the remainder of the season.

The ESPN Wide World of Sports Complex can offer all of that.

The HP Field House is already set up to host high-level basketball, hosting the AdvoCare Invitational college basketball tournament every November. Not only is the court ready to host NBA games, the broadcast setup is already in place.

EWWS also has The Arena, which was primarily built to house national championships for cheer and dance, but can easily be configured for basketball. There is space to house six-plus basketball courts, and like the HP Field House and Visa Center, The Arena is also broadcast-ready.
6

Good summary of what went wrong with one of the centerpiece players in Trusting The Process.

Bill Simmons bomb on the most likely NBA restart strategy:

Hopefully, they just allow for individual workouts unless some other precautions are going to be taken
6

Sebastian Telfair, who is under house arrest due to gun charges, is cursed...yikes.

Derek said:
Hopefully, they just allow for individual workouts unless some other precautions are going to be taken
Click to expand...

Woj followup says they have already decided to move it back a week or so to see how Georgia's reopening goes.
Last edited: Apr 28, 2020
6

Interesting that a lottery team's rep - in fact, the only mathematically eliminated team if we had 82 games - was there to agree on the restart plan; the sentiment by lotto teams has been overwhelmingly towards no more season or even postseason.

You don't have to like Steph to respect that he's represented the NBA well with all of this; he also had a good Dr. Fauci interview.

It looks like the sports world is starting to move away from "shut it down/delay with one positive test" mindset that was understandable, and still appears to be Korea baseball's policy; UFC was able to play on this past weekend.

One tricky thing is that you still have to limit players who are immunocompromised; i.e. do the Lakers have to do even more of a minutes limit on Javale McGee, or can they even play him at all? He has to be glad that he can already say he's contributed as a rotation player on a championship playoff run.

Man Miami is good: Bam Adebayo with the 14th pick looks crazy now. Ability to guard wings and bigs equally effective is gold in the modern NBA.
Kind of reminds me of Bobby Jones: freakish PF defender whos a good enough finisher off the PnR to make him a threat on offense

The one and done thing in college is crazy: that Kentucky team with Monk, Fox, and Adebayo was really really good in retrospective but when you're that young no guarantee it will come out in just one year
You must log in or register to reply here.
Share:
Facebook Twitter Reddit Pinterest Tumblr WhatsApp Email Link