Still don't get how the raps are so good
C

remember when we signed Lowry to an offer sheet and the rockets matched... sadness.

cabs said:
Still don't get how the raps are so good
Click to expand...

I'd like to see them win it all again. I'd be a nice validation and a notice to players always flocking elsewhere for greener grasses.

I guess I don't get David Griffin being so against making the playoffs this year. Is a late lottery pick REALLY gonna make or break the rebuild? They very well might lose Holiday next season, this seemed like a decent time to take a swing. Especially in such a weird year where anything may happen.

Anyway, I did not know that John Tesh of all people wrote the NBA on NBC theme.

“BA-BA DA-DA-DA BAAA!”: An Oral History of “Roundball Rock”
How John Tesh created the theme song to the glory years of the NBA 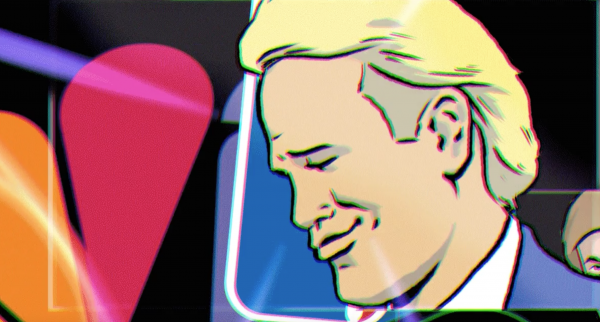 It was July 1989. The setting: a hotel room in the tiny Alpen village of Megève, France. Tesh was a cohost at Entertainment Tonight, but he’d taken a leave to cover the Tour de France. His role on the race was similar to his job in the early to mid-’80s at CBS Sports, where he worked as both a broadcaster and composer of themes for such events as the Super Bowl and the Pan American Games. Upon his arrival in France, Tesh learned NBC would begin airing NBA games in the 1990-91 season and needed a theme song for the broadcast. Even as he busied himself producing synthesizer accompaniment to footage of cycling’s Super Bowl, Tesh found himself consumed by thoughts of a basketball jingle.

Roused by the catchy melody running through his mind, the 6-foot-6 songsmith leapt out of his hotel bed. “It was one of those lightning-bolt moments,” says the 68-year-old, calling from the Los Angeles studio where he records Intelligence for Your Life, the nationally syndicated radio show he cohosts with his wife, actress Connie Sellecca. Tesh could hear the song in near-complete form, as if the composition were handed down by the jock-jam gods: the muscular interplay of piano, strings, brass, and guitar; the fast-break tempo; the distinct sections, with one throttled back to allow for a broadcaster’s voice-over.


Tesh had his NBA theme. What he didn’t have was a tape recorder. He feared that if he went back to sleep, the idea would evaporate by morning. Thinking quickly, he called his home in L.A., got the answering machine, and left a momentous message at the sound of the tone: Da-da-da-da-da da-da-da . . .

That song, “Roundball Rock,” would become the soundtrack to a golden age of the NBA. As NBC saturated its high-drama telecasts with the irresistibly pulse-pounding theme, Michael Jordan won six championships with the Bulls, the Dream Team dominated the globe in the 1992 Olympics, and the Kobe Bryant and Shaquille O’Neal Lakers became just the fifth team in league history to three-peat. During NBA on NBC’s remarkable 12-year run, from November 1990 to June 2002, Tesh’s jingle aired an estimated 12,000 times, sufficiently lodging itself into the heads of even casual basketball viewers.

Now, nearly 30 years after the premiere of “Roundball Rock,” and days away from the NBA’s grand reopening in Orlando, NBC producers and broadcasters, the denizens of NBA Twitter, one of the few active NBA veterans old enough to remember the ’90s, and the modern-day Renaissance man affectionately known as “Teshie” look back on the haphazard creation and unlikely evolution of the GOAT sports theme.


Part 1: “Can We Get Some Tesh Music?”
John Tesh (“Roundball Rock” composer): What’s really funny is that when I wrote the NBA on NBC theme, I’d never been to an NBA basketball game. I probably could name only three or four NBA teams. I didn’t watch sports very much. I was a walk-on lacrosse and soccer athlete in college at North Carolina State University and I’ve finished five New York City marathons—but I was never one of those guys who sits in his basement memorizing baseball statistics. Back in 1981, when CBS Sports producer Terry O’Neil hired me, I told him, “You’ve got the wrong guy. I don’t know sports.”

Terry O’Neil (CBS Sports producer, 1981-86; NBC Sports executive producer, 1989-93): In ’81 I began building programming for CBS Sports. John was in his 20s and had been a news anchor at the local CBS New York station. I hired him to do features on the weekends for the anthology sports programs Sports Saturday and Sports Sunday that were our answer to ABC’s Wide World of Sports. We had no events and no budget and were in a complete mess.

Tesh: Back then, ABC had many of the premier sporting events. CBS, on the other hand, had fishing championships and strongman competitions. The network really wanted to change its image. So it started buying up events such as the men’s college basketball tournament. I spent a lot of time covering triathlons, speedskating, downhill skiing, figure skating, track and field, the Coors Classic bicycle race—and the Tour de France.

O’Neil: The Tour de France was first on my acquisition list. It had failed on a couple of other networks previously. I realized that the coverage had to be much more intimate and evocative than it ever had been on the other networks. We assigned John to it as a commentator. He insisted on bringing his synthesizer with him to France.

Tesh: I often worked the Tour de France with producer David Michaels, who is the younger brother of sportscaster Al Michaels. David knew that I had a music background, and he said, “Why don’t we cover this race as if we were making a feature film? You’ll write the music and do the announcing.” I’d get these notes from David like, “Hey, can you compose a piece for a bicycle crash, a piece for the cyclists speeding downhill, and a piece for a shot of a mountain?”

Continued at The Ringer....