Norm said:
It was mentioned that Brown reached out to her a year after the 1st 2 incidents to apologize for his actions. Apparently that's when the 3rd incident happened.
Click to expand...

I'd imagine if Dahmer apologized b4 the 1st bite, it would be worse
6

https://twitter.com/i/web/status/1171780783717191680
Given the extremely generalized wording, it is unclear how much this differs from the standard morals clause every player has, or whether/how much it includes conduct prior to his Pats tenure.

I wouldn't be surprised if the Pats released before he even plays Sunday. The Pats had nothing to lose taking a gamble on him. But he appears to be bat shit crazy.

And please Browns, stay far away from him.
M

6.19.2016 said:
https://twitter.com/i/web/status/1171780783717191680
Given the extremely generalized wording, it is unclear how much this differs from the standard morals clause every player has, or whether/how much it includes conduct prior to his Pats tenure.
Click to expand...

Why would that organization care about sexual assaults?

6.19.2016 said:
As I've said, I'm not a Pats fan by any stretch of the imagination, but it's funny how Steelers fans yell "ZOMG Goodell destroyed belicheatz tapez 4 him" but never say anything about how the Georgia bar's video footage was conveniently recorded over.

Incarcerated Bob - I know, I know - claims he has the goods:

Good to see 'chlocaine' has his back.

Can we just go back to the good ole days with Brown when he would punt kickers in the crotch and cut his hair like a Lego man?
Last edited: Sep 11, 2019
6

So Sam Darnold has mono. Out at least for the Browns game now.

Rosen completely falls on his face, Darnold has mono, Josh Allen is a RB who throws occasionally, and Baker has more INTs than games played. Jackson looking like the best of the bunch so far.

This fucking storm in Charlotte came out of nowhere. I was out in the dog park around 6:30 and saw a flash of lightning near the downtown skyline and then it started thundering and pouring. Didn't even know it was supposed to rain.

Carolina’s line might be at least as bad as Cleveland’s.

Yeah he really does not look good throwing the ball right now. He nails a throw every now and then but for the most part...yikes.
G 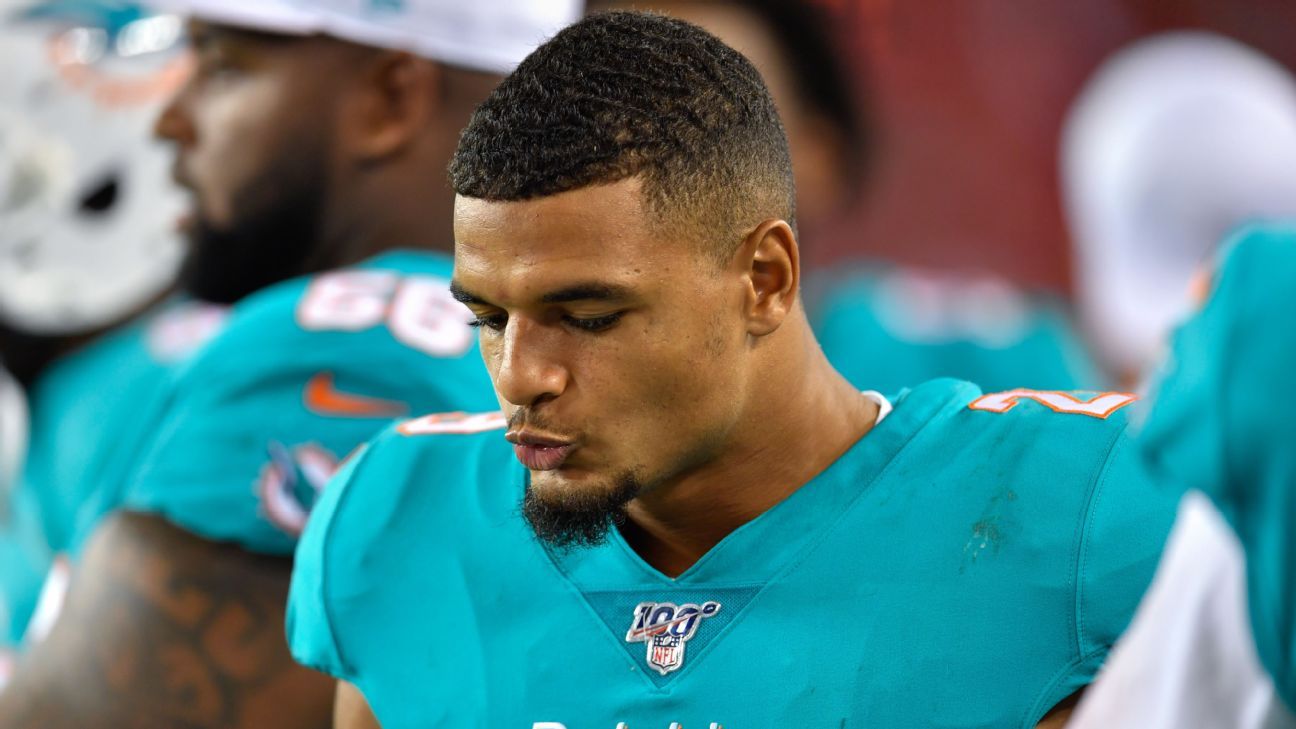 Former first-round pick Minkah Fitzpatrick has received permission from the Miami Dolphins to seek a trade, according to multiple league sources.

Joel Segal, the agent for the defensive back, has been in contact with a number of teams. Fitzpatrick, the 11th overall pick in the 2018 draft, is unhappy with playing multiple positions, sources said.

Teams initially have been resistant to the Dolphins' apparent asking price that includes a first-round pick, sources said.
Click to expand...

He is the next Luck and retiring early. What is crazy is most of Brees career was AFTER a major shoulder injury.

In Dorsey We Trust