I think the front office will keep it under 22 wins-- 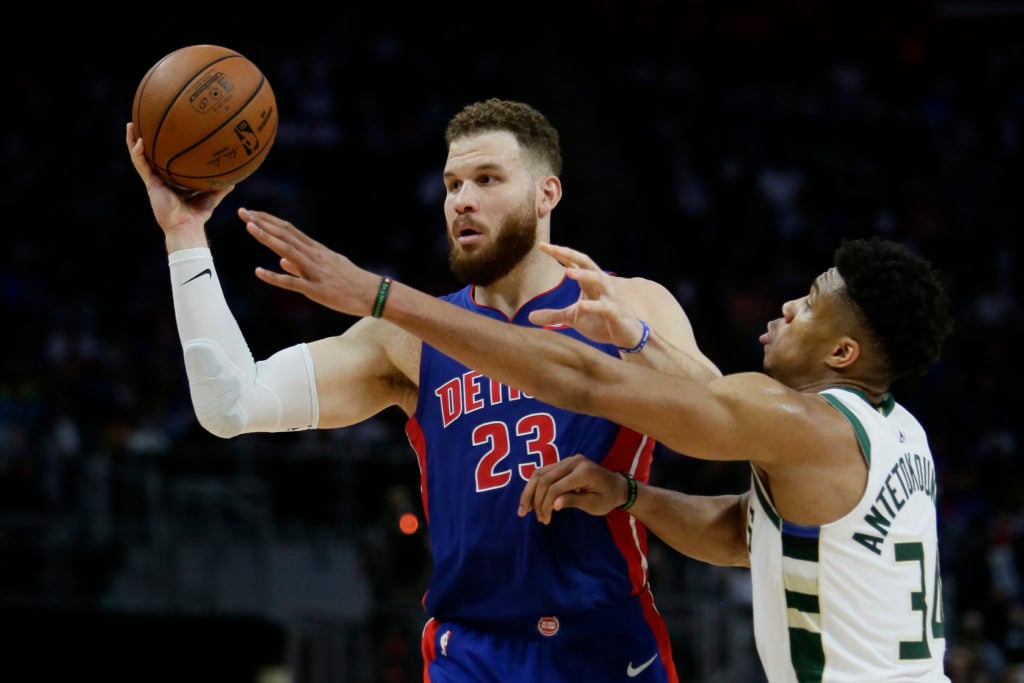 The Bucks are the class of the division, if not the East, but the rest of the teams in the division may struggle to reach .500.


By John Hollinger​
Cleveland Cavaliers​
Prediction: The Cavaliers will lead the NBA in offensive rebounds per 100 this year if they don’t trade Kevin Love. For support, I offer two data points: 1) Love is an awesome offensive rebounder who plays with several other very good offensive rebounders like Larry Nance, John Henson, Tristan Thompson and Ante Zizic; and 2) Have you seen these guys shoot?​
​
Retrieving all these bricks may end up the Cavs’ best chance at offense, especially if rookie Darius Garland can’t hit the ground running. The fifth-overall pick missed most of last season, but his brief college tape and previous body of work reveal a money shooter comfortable pulling up from deep. However, he has to show equal talent running an offense and defending to be a long-term solution as part of a diminutive backcourt with Collin Sexton.​
​
As for Sexton, he’s the guy you can’t stop watching, whether he’s raining buckets or going off the rails. As a 20-year-old rookie last year, he showcased a toolset reminiscent at times of Gilbert Arenas … and at other times of Jordan Crawford. Sexton has a competitive nature combined with blast-off quickness, deep shooting range, zero conscience and little idea of how to play at either end. Fortunately, he started to correct his worst impulses over the second half of the season, and his raw shot-creation talent is undeniable.​
​
He’ll have to be the creative focal point on the perimeter because nobody else is capable. Three leftovers from previous trades – Matthew Dellavedova, Brandon Knight and Jordan Clarkson – fill out the backcourt while everyone waits nine months for their contracts to expire. At the 3, Cedi Osman garnered lots of minutes and touches last season but is overmatched as a starter.​
​
With only 13 guaranteed players and dead-money contracts outnumbering the living, rookie forward Dylan Windler will likely get plenty of run. It’s possible he’s between positions, lacking the handle of a 3 or the size of a 4, but the lefty can shoot from deep and has a real knack for cutting off the ball and crashing the boards. Another late first-rounder, Kevin Porter, is cut more from Sexton’s cloth as a high-wire athlete who struggles to read the game. One difference is that teams harbored major concerns about Porter’s background entering the draft.​
​
As rough as the rest of the roster looks, it’s easy to lose sight of Love’s elite capability at the 4. If healthy, he can keep the win-loss record here quasi-respectable, but if Cleveland trades him, prepare for tank-tacular awfulness.​
​
Prediction: 26-56, 5th in Central Division, 14th in Eastern Conference​
​

Not going to be an exciting year for wins, but by December or the end of December we hopefully see some semblance of good team basketball.

13-77. They'll win some, but they'll also lose some so badly that they count as multiple losses.

25 wins, but 15 of those in the second half of the season

21-61. The team has talent to win 29-32 games, but a lot of the talent will be "injured" for healthy portions of the year. I also think the team will have the worst defense by any metric in NBA history.

I'm traveling to see this team play in Indy. Really, it's just something to do while visiting family. Is it still a mistake?

macbdog said:
I'm traveling to see this team play in Indy. Really, it's just something to do while visiting family. Is it still a mistake?
Click to expand...

It will be fun. I didn't see them live at all last year , and was bummed. I loved the Kyrie era and went to a bunch of games.

You just have to adjust your expectations, become a fan of one of the young guys and root for him.

Cavatt said:
It will be fun. I didn't see them live at all last year , and was bummed. I loved the Kyrie era and went to a bunch of games.

You just have to adjust your expectations, become a fan of one of the young guys and root for him.
Click to expand...

Being in NJ, I bought league pass those Kyrie years. Of course part of it is because with Lebron so many games are on national TV - but it's also because I enjoy the regular season a lot more when the team is bad (OK, 2009 60+ wins is an exception). With Lebron it was all about the playoffs and players rarely improve, but with young guys you see development game by game.
O

Nathan S said:
13-77. They'll win some, but they'll also lose some so badly that they count as multiple losses.
Click to expand...

lol at first I thought you meant 13 wins would earn the 8 seed
I say they win a lot more than 13 fucking games though.
This team will be much better with Love on the floor and others playing for
future paychecks .
I say 28-30 wins
C

20-22. I think they’ll improve as season goes on but it will be very rough to begin with.

Somewhere else in the forum I think I said something about 30 wins. After the beatdown at the hands of the boston bums I feel the need to adjust my prediction. And with Nance, Cedi, and a few others looking worse than thought, I think 20 wins or less.
Flipped on the Jump for a minute today and the cunt and guests think we got no hope.
idk, it suddenly looks like a long winter.