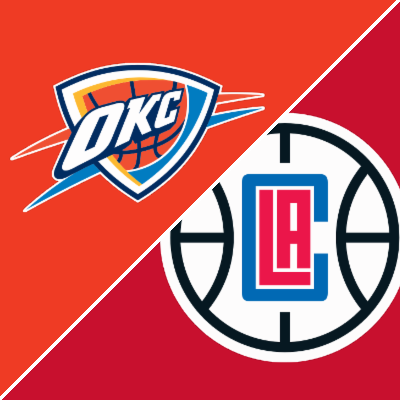 LMAO. I've been saying for quite some time now that Roby is a legitimate NBA rotation player, and he was the only one whose minus stat wasn't in the 40 range in the OKC tank finale.

These are OKC's players who all belong in the NBA on some level or another: SGA, Giddey, Dort, Favors, Bazley (barely; though he sucks on offense and should never be a starter, he's still capable of being a bench spark with his shot blocking), Muscala, Kenrich Williams, Ty Jerome, Tre Mann, and Roby. Everyone else, including JRE, Wiggins, and Poku, can go to the G-League for all I care.

I really want to see OKC be more competitive next season. No way they keep the current roster; Favors for sure is gone. But I don't want to endure a third straight tank season, and I doubt SGA does, either. We still have loads of picks; let's start putting a better product on the court or OKC fans are going to become really nauseated.

Best highlight of the Lakers season was their last

Now the the regular season is over, lets do some awards. This is all my opinion and open to discuss. I went into more detail on my main awards and not much with the teams. My only requirements were in terms of games played (58 games for single awards, 50 for teams) which I may ignore. Anyway, here are my final thoughts:

Starting from the bottom, Steph is the best player on the 2nd best team in the West, missed Draymond and Klay most of the year, and has been excellent carrying his team while he has been there. Luka has also been great this year, and the Mavs roster is uninspiring behind him. He has really played well. However, there is a major gap between the top 3 and these two.

The top 3 are all in the middle of historic seasons. This has really been a great MVP race. Joel is passing as well as he ever has and is still an amazing two way center plus he lead the league in scoring. He gets docked a bit because of adding Harden and finishing a lower seed than Giannis. The case for Giannis is pretty clear too. Same stuff as the last few years only he has cut out some of the fluff and is a legit midrange shooter now. Jokic, is however, a step above both of them. Firstly, he has been missing his two best co-stars (Murray and MPJ) all year and the next best guys are solid starter/6th man level. Secondly, he is having the best offensive big man season in NBA history with incredible volume and efficiency. Thirdly, he has turned into a legitimate plus on D. Joker is the MVP this year.

Shoutouts to Tatum for honorable mention and Russ for the Shaqtin MVP.

I am breaking my requirement for the first time with Bam. He has been excellent on defense this year and barely missed the cutoff (56 games played). As usual, he has been a switchable rim protector anchoring a very strong Miami defense. Rudy has taken a bit of a step back this year, but he is still a defensive system by himself. JJJ took a major leap and showed enough that I put him over Rudy. I would not be that mad if you swapped the order of these three. The most glaring omission here is Marcus Smart from me. I think he is a great defender at guard, but is not a DPOY level defender. As it is, this is not even his strongest season on that side of the floor.

Caruso and/or Lonzo would’ve made this a lot harder if they stayed healthy. Kevin Love has been the most impactful bench player all year. Ive made the argument in a lot of places. Pretty cut and dry. Cam Johnson has been awesome as a two way spacing big wing for Phx. GPII is an excellent defense first guard and a lockdown guy in the vein of the missing Caruso/Lonzo. No Herro because I think he is overrated and does Jordan Clarkson’s job worse.

What a great rookie class. Evan and Scottie are clearly head and shoulders above the rest of the field. Evan has been overall more impactful than Scottie, Scottie’s team has been better. I value Mobley’s impact on his team more than the win record and that’s the decider for me. Cade is the best of the rest.

Ja’s jump from All-star to MVP level was the largest leap. I am not a fan of giving this award to guys who jump like that otherwise half the MVPs in league history would have won it too.

Simons has gotten an opportunity beyond the last game of the season to show what he is made of with the CJ trade and Dame being out. He really took advantage and took off. Murray took a huge leap on offense as a scoring threat and passer. Combine that with his already great D and he is one of the most interesting two way guards in the league. Bonus points for taking the leap in your 6th season. We all know how much Darius improved around here. He went from a borderline starter to a borderline All-NBA/solid All-Star level.

First two teams are pretty set for me. Top 5 MVP guys is your first team. 2nd team is the best of the rest while favoring the players who played more games (ie. KD on the third team). Chris Paul is the best player on the best team so he is clear pick for 2nd team. 3rd team was a bit harder.

There were 2 locks: KD and Rudy. For the last forward spot, I was between DDR and Jimmy Butler. I went with DeRozan since he played more games and the Heat were better without Jimmy than the Bulls were without DeRozan. For the last two guard spots, it came down to four guys: Trae, Jrue, Mitchell, Booker. I gave Trae and Jrue the benefit of the doubt as they were the best offensive and defensive guard of the quartet. Mitchell and Booker have both been great but are not the best players on their own teams. Jrue is not either, but I think his overall impact was higher than Mitchell or Booker.

Mobley won out over Allen for overall impact. Lonzo and Caurso would’ve been on here if they stayed healthy. GPII is excellent but only plays like 20 mpg otherwise he would’ve been a lock too. Draymond did not play enough games. I had to fudge positions a bit to fit everyone.


Not much to say here. Really good class and a lot of young guys who will show more in the upcoming years.

Edited: I forgot 6th man so I added it back
Edit 2: I realize I both forgot Jalen Green and underrated his season after discussion with a friend. Bumping Bones for Green on All-Rookie 2nd.
Last edited: Apr 11, 2022

Sir'Dom Pointer said:
Jokic is the best, most talented big man to ever play the game. Fight me.
Click to expand...

There are 2 sides to basketball. I love Jokic, but if I had to take the most all around skilled, I probably take Hakeem. His defense was transforming, his offense was unstopable, and if they played through him more, his passing was way under rated.

This is not me speaking against Jokic, increadable player, but Hakeem in the modern game of basketball would be Embiid times 2.
L

If I'm the pelicans I think you sign zion.

Of course. They have no choice.
O

Alec said:
Of course. They have no choice.
Click to expand...

Oh they have a choice! Whatever contract they sign him to should tons of exemptions (re: weight and games played)
C

Lee said:
There are 2 sides to basketball. I love Jokic, but if I had to take the most all around skilled, I probably take Hakeem. His defense was transforming, his offense was unstopable, and if they played through him more, his passing was way under rated.

This is not me speaking against Jokic, increadable player, but Hakeem in the modern game of basketball would be Embiid times 2.
Click to expand...

I don’t remember Hakeem having a jump shot outside of 15 feet or so and a modern center has to be able to hit an open three. I could be wrong about that as he probably didn’t try many shots from distance, but that’s my memory. Also no way Hakeem was the passer Jokic is - he was a good passer but there’s a difference between good and great

Yea I tend to think both Hakeem & David Robinson in their primes would be the best 2 bigs in today’s game….

However Embiid & Jokic would be perennial all star caliber bigs back in the day….

cavsfever said:
I don’t remember Hakeem having a jump shot outside of 15 feet or so and a modern center has to be able to hit an open three. I could be wrong about that as he probably didn’t try many shots from distance, but that’s my memory. Also no way Hakeem was the passer Jokic is - he was a good passer but there’s a difference between good and great

He had a solid 15 foot jump shot. My issue with modern vs older big men, they just didnt ask them to shoot. Hakeem would of developed a jump shot if he needed to. Think a much better version of Embiid, and Embiid might be this years MVP, so not insulting Embiid, just Hakeem was much better, Haleem was elite, defensively possible the best ever and really, really good offensively.
You must log in or register to reply here.
Share:
Facebook Twitter Reddit Pinterest Tumblr WhatsApp Email Share Link