I'm being serious, not facetious.

Not including vet SPs who won't be around by the time Minny, KC, and Detroit are ready to contend...

Put each of their best six young MLB/AAA/AA SPs up against our 2022 Columbus rotation plus Espino.

Out of the four rotations, which is better?

Then consider that if we extend Bieber, there is no room for any of ours...barring injury or trade...in Cleveland for the next three or four years.

Gson said:
Not one single pitcher from the Twins, Tigers or Royals would be able to step in w/ the quality outings we've been seeing from Quantrill.. Not for the 2022 season.. not one.. although.. in time.. There are some arms that are worth considering:

Minn: Simeon Woods-Richardson.. although he's stumbled through the 2021 season... this is a quality arm that has some ability.. Blaine Enlow isn't a bad prospect either.. Both combined?.. sure, but only if Groshans or Moreno are part of a bigger deal..

Det: You have to like the way Tarik Skubal attacks the zone & is ready now.. but, he's not at Quantrill's level.. Joey Wentz and Matt Manning are also good arms.. but clearly not ready to replace Quantrill.. in a year of two.. Jackson Jobe.. could and may become their # 1 prospect.. If he stays healthy.. he could become a beast... especially if the sticky ball is imported from Japan..

KC has NO ONE.. not right right now.. Jackson Kowar is interesting.. but not much more than that.. Like Jackson Jobe with the Tigers.. Asa Lacy with the Royals has a chance to become someone special...very special indeed.. but not right now.. and not in 2022...

Royals are extremely high on their young pitchers even though their numbers this year weren't very good.
C

From what little I've read about KCs young pitchers, they are very optimistic.

But I bet if we offered them any five...or seven...or ten pitchers we have that have at least four years of control left for a similar number of theirs, they would be landing at Hopkins before Antonetti could hang up the phone.

CATS44 said:
I'm not sure that Rocchio isn't our top prospect.

This isn't the thread to debate it, and I really don't want to...but I have to study a bit more.
Click to expand...

Rocchio is still behind Arias and whatnot when it comes to MLB depth chart, but honestly he can force himself up and he has been. It's hard to put him at the top of the prospect list just yet, but I am pretty positive he is earning himself some votes for it.

I really doubt Rocchio would be moved to the OF to be honest. He will be at SS/MIF until the last minute...
C

I think Rocchio is behind Arias on the depth chart, but thats different than a prospect ranking.

Four or five young pitchers are ahead of Espino on any depth chart.

But, again, it's just something I have to take the time to consider.

A 20 yr old switch hitting shortstop...plus defender...has put on about twenty pounds...added power. His ISO has improved at every level. His numbers aren't driven by outlandish BABIP, and he hasnt suddenly become a productive bat. He hits decently from both sides of the plate.

He has plus speed, but needs a lot of work if he is to become a plus base runner.

He could conceivably be a 20-20 switch hitter who plays SS.

Thats not to knock any other prospect, just saying that he looks very good.

Just turned 20, another exciting young guy with enormous power in this organization.

Valera, Rocchio and Freeman are my top three favorite prospects in the system and on a different tier than everyone else as far as I’m concerned.

Kevalier said:
Valera, Rocchio and Freeman are my top three favorite prospects in the system and on a different tier than everyone else as far as I’m concerned.
Click to expand...

Where do you place Espino or where you just focusing on position players?

Speaking of Espino, his W/L record and ERA are terrible in A+... BUT most his "real" numbers are quite good and his K/9 is spectacular. Avg against is .199, WHIP is under 1.200 - see for yourself... Edit - I guess it is his BB9 that is giving him trouble 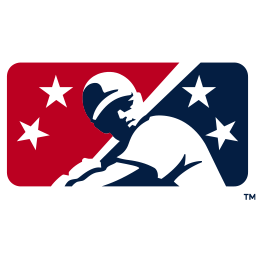 Criznit said:
Where do you place Espino or where you just focusing on position players?
Click to expand...

He and Nolan Jones round out my top five. Espino’s ceiling is enormous, but there’s also a fair amount of volatility with him.

Kevalier said:
He and Nolan Jones round out my top five. Espino’s ceiling is enormous, but there’s also a fair amount of volatility with him.
Click to expand...

Outside of the walks, which I agree is a concern he looks amazing. Will be 21 for all of the 2022 season. Wonder if they'll start him in A+ or AA. If he can dial in the control he could/should be a monster. Based on age and ceiling alone, he is my #1 in our system.