Do Not Sell My Personal Information
X

Mott the Hoople said:
At the start of the season everybody, including me, said, this roster stinks. No way they make the playoffs.
Now I'm hearing, OK, they'll make the postseason, but they will get smoked in the playoffs.

Pitching I see as a wash. Both had strong bullpens.

I think you’re favoring the current team a bit too much. The 2016 lineup was significantly better than the one we currently have.

Also, a nitpick, but Santana was 1B and Nap was DH.

‘16 starting pitching staff was better, with Kluber being the best in the game at the time. There is noone as good as Kluber, but Bieber is excellent. Current pen is significantly deeper and better overall. Miller was unhittable until the series.

The thing working in the ‘16 Indians favor was weak competition. There was no Astros or Yankees. The Sox and Jays really weren’t that great. Sox had a great offense, but the Indians pitching totally neutralized them, including a clutch start from Lil Cowboy. Jays really just weren’t a great playoff team.
W

Guardians Baseball Insider has a column on who will benefit the most from the elimination of the shift next season.

The 2022 Guardians aren’t particularly pull-heavy, only having a 38.3% pull-rate (4th-lowest in baseball). However, their ground ball rate (44.8%) is 11th-highest in baseball. Up-the-middle balls in play can fall victim to the shift too, and Cleveland hits the 5th-most those.

Generally, the shift is associated with pull-heavy power hitters – something not at all associated with Cleveland’s oppo-happy, speedy, contact-driven approach. Per Baseball Savant, they’re actually #2 in baseball in pulled/up-the-middle, ground balls/line drives.

Since 2015, pulled/up-the-middle grounders and line drives have a .348 wOBA vs. non-shifted defenses. With the shift? The wOBA drops to .324. Clearly, banning the shift will be good for Cleveland’s offense....

Using Baseball Savant, you can be more decisive. Amed Rosario, Josh Naylor, and Oscar Gonzalez, in that order, have the highest percentage of pitches resulting in pulled/up-the-middle, ground balls/line drives on the team.

Naylor does probably stand to gain the most because 1) He’s already #2 on the list 2) Rosario could have a different role or be on new team in 2023 3) It’s plausible Gonzalez hits fewer ground balls in the future 4) Naylor, being slower, doesn’t ever “beat the shift” with his legs and 5) As a LHH, Naylor is more likely to see the shift.

My take is that with no shift the shortstop (or second baseman for right-handed pull hitters) will still be playing up the middle, but just slightly to the opposite side of the bag instead of on the other side of it. So ground balls up the middle will still result in outs most of the time. But the pulled balls will get through a higher percentage of the time and also line drives to right field that will be getting over the second baseman's head when formerly they would be caught because he was in short right field.

Naylor is going to be helped the most, IMO.

Juice is Loose said:
If we clinch within the next week, you think there is a chance we see Valera get called up?
Click to expand...

honest question how often does something like that happen throughout the course of a season? I want to be impressed but need to understand the league-wide dynamic in that sense. 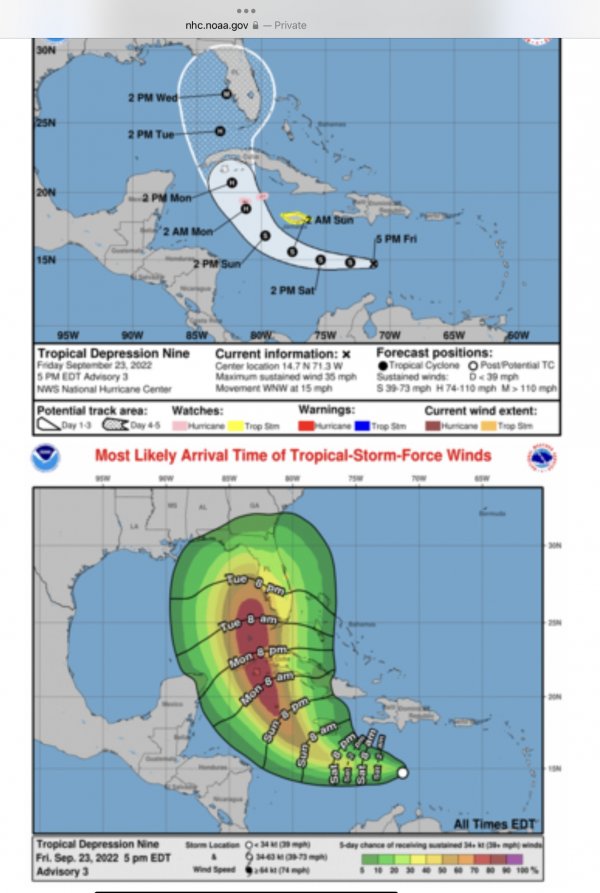 We are gonna miss him...

sportscoach said:
We are gonna miss him...
Click to expand...

You have a mouse in your pocket?

DCTribefan said:
Unfortunately, National Weather Service forecasts place a Category 3 hurricane hitting the Florida Gulf Coast in the Tampa region next Wednesday while the Guardians are scheduled to play. Whether this forces an early DH earlier in the week remains to be seen. Just another weather complication for the Guardians in a season full of weather complications.

I wonder if there is a neutral ball park they can just move the games too...

sportscoach said:
I wonder if there is a neutral ball park they can just move the games too...
Click to expand...

The games are in Cleveland. Both teams have an off day Monday. I’m sure the Rays will be able to travel without issue.
X