Never too early to get started!

Here's to us not needing to tank for Chet next year 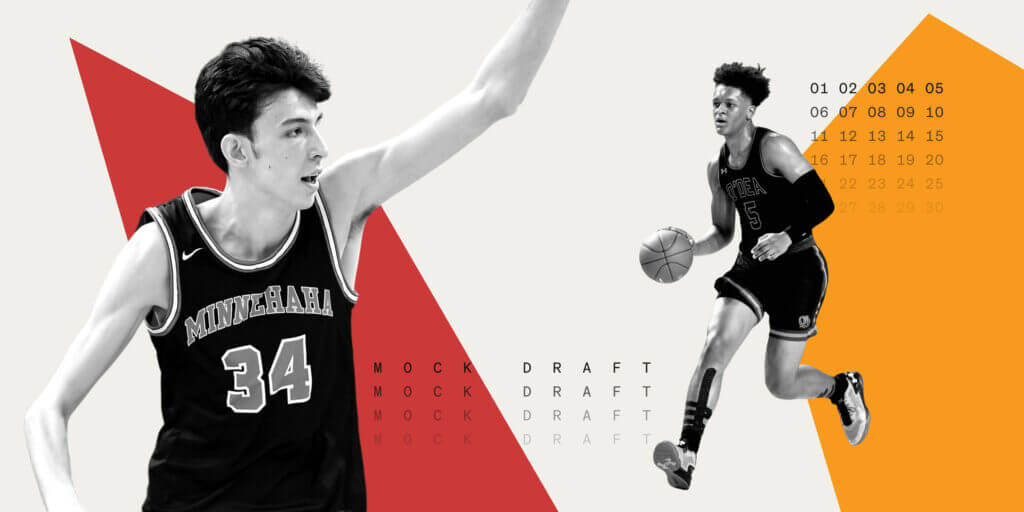 Sam Vecenie offers a way-too-early look at prospects to know but haven't been seen quite as much as recent groups.

I’m probably going a bit off board here by not having Chet Holmgren at No. 1, but I am an enormous fan of what Banchero brings to the table. I have been since I first saw him back in 2019, where I felt he displayed some of the highest level basketball IQ I’d seen from a high school underclassman. He’s awesome positionally on defense and plays with extremely high energy. He’s improved his ability from 3-point range and has taken an even greater leap in terms of perimeter skill set and polish, now possessing the ability at 6-foot-10 to legit take dudes off the bounce and attack. He’s a terrific passer too. The only real concern here is that he’s not a particularly awesome athlete laterally and in terms of speed. But he’s so skilled and so strong that I think he’s going to translate at an exceedingly high level to the NBA.

Don’t fret, Holmgren/Gonzaga fans. I’m still a big fan of what the 7-foot star out of Minneapolis brings to the table. He just carried Team USA to a U19 World Cup gold medal this summer as the MVP of the event. With something in the range of a 7-foot-4 wingspan, Holmgren is a terrific long-term prospect as a rim protector. His timing and the way he uses his length around the rim are absolutely superb. He can also step out and knock down 3s, in addition to his dexterity handling the ball out on the perimeter. He has some potential to create shots at a real clip.


Ultimately, all of this is going to be contingent upon him getting stronger, as right now he tips the scales under 200 pounds. He would need aorund 30-plus pounds over the next four years to play the center position long-term. He might end up being something of a 7-foot 4 man. But Holmgren is legit, and he’ll pair with Drew Timme as college basketball’s best frontcourt this year.

A 6-foot-4 combo guard, Hardy profiles much more toward the scoring side of the equation. He’s the 2021 recruiting class’ elite scorer, creating and making difficult shots with ease. Unlike someone like Jalen Green, Hardy is more of a craftsman than an explosive athlete. He has some pop in terms of explosiveness, but more than that, he’s extremely smooth, with great body control and a combination of change of pace with crossovers and hesitation moves.


He hits pull-ups with ease and has legitimate NBA range. There is some passing ability off a live dribble too. He does have a tendency to overdribble and try to do too much, but that happens often at lower levels. The Ignite was probably a good choice for him because his game profiles a bit better toward the open-style pro game.

Originally from Congo, Nzosa keeps it pretty simple. He’s a long, lean, athletic big man who defends at a high level and plays well above the rim, He’s 6-foot-11 with very long arms and a real athletic twitch that allows him to make an impact all across the court defensively for Unicaja. He has the body control and lateral quickness to guard ball screens in a variety of ways.


Obviously, though, he’s a legitimate rim protector from the weak side with his length. He’s already carved out a genuine rotation role in the ACB and EuroCup levels as a 17-year-old and could take a big leap next year. Having said that, I think it’s going to take a bit of time for him to do anything other than run the floor, offensive rebound and finish out of ball screens.

Jovic is the next great prospect out of Serbian hoops factory Mega Basket. He was the MVP of the Next Generation Tournament in Belgrade and made the All-Tournament team at the U19 World Cup this summer despite Serbia finishing fourth in the competition. In the limited time he got with Mega’s senior team this year, he was terrific.


He’s in the 6-foot-9 to 6-foot-10 range and has legitimate perimeter skills mixed with an awesome feel for the game. He’s not the best athlete in the world and could stand to keep improving the consistency and how quickly he can get up his 3-point attempts, but Jovic has a good chance to be a terrific NBA player long-term.
Click to expand...

Adam said:
Stuff it just draft holgren and get him to play the 3
Click to expand...

Mobley is our future 3.. SSSHHHHH.

Have read that Jalen Duren could reclassify from the '22 class to '21. If that happens, I'm guessing he'll be the number one pick.

We need a SF badly. Hopefully this draft offers some decent options.

I wish there was a clever slogan like tank for Tua. Nothing good rhymes with Chet. Anyone more creative than me?

Be Shit for Chet?

Don't win yet to get Chet.

Suck for Luck was far superior.

But if you want, we can have a tete a tete on Chet.

Can't believe you guys started the 2022 draft thread. Such weird timing. Don't feel it at all. Wait a bit!

kriegs said:
Never too early to get started!

Here's to us not needing to tank for Chet next year

Sam Vecenie offers a way-too-early look at prospects to know but haven't been seen quite as much as recent groups.

Sir'Dom Pointer said:
Can't believe you guys started the 2022 draft thread. Such weird timing. Don't feel it at all. Wait a bit!
Click to expand...

Out of the Rafters at the Q said:
Well that's a bullshit article.