2022 Off-season Thread - The Future is Bright

Do Not Sell My Personal Information
W

Did this team get better? The Toronto Raptors did get marginally better with role players, but we’re trying to figure out if Masai Ujiri is going to make a massive swing for Durant. The pickups of Porter and Hernangomez (aka “Bo Cruz”) were nice, and re-signing Thaddeus Young was key, but it didn’t address their lack of size in trying to contain someone like playoff foe Joel Embiid. The Raptors are a really good and underappreciated team, though. Their versatility defensively, especially on the perimeter, is what fuels them, but what we saw out of Scottie Barnes as a rookie raises the potential. They didn’t make any big changes yet but getting this team to jell a bit more is the real plan … unless they can get KD.
W

Did this team get better? I think they did, as long as Drummond plays as he did in Brooklyn. He found his role and some comfort with it, so adding that depth behind Nikola Vučević would be big. Dragić adds to a loaded backcourt, but health could make opportunities scarce for them. The Chicago Bulls missed out on Rudy Gobert, but they re-signed Zach LaVine to keep this team together. When this team was healthy, they played great basketball, so maybe they didn’t need big changes. They do need to find a consistent defensive identity, but maybe a healthy Lonzo Ball and Alex Caruso fixes that enough? The Bulls are super talented, but they need to prove that matters against top teams and in the postseason.
W

Did this team get better? Let’s just say no for now. Bringing in O’Neale and Warren while losing Dragić, Drummond and Brown can be sliced and analyzed in a bunch of different ways. Warren needs to be healthy, but let’s be honest: None of these moves matter until the drama is settled for the Brooklyn Nets. Do we think Durant is going to be traded? I don’t know. Is Kyrie Irving out the door? I don’t know. Even if he’s remains this season, do we expect him to play even half the season? I don’t know. Is Ben Simmons going to return to form? I have no idea. The Nets are full of questions, and there aren’t many answers. For now, let’s just put them firmly in the middle of these rankings.

gambler said:
all these big odds on the cavs....not trying to sound condescneding....but they dont have to cash outright as you could have hedge scenarios where 40/1s....50/1s...cash as 10/1s....15/1s......when i made the MIP bet i saw two names taht stood out...haliburton and simmons....bcz both these guys could make a six-seven point increase in scoring (admittinlgy, i did not see the two year angle taht you pointed out which very well could be valid)...a number that most prior MIPs have in common.

anthony edwars is teh new flavor of the month.....good luck for those betting on him at 10/1 and him going form 21 to 27 when he is below the league average at mid-range, fwir, and teams are now going ot crowd him at the three ..he very well could go back down to 33 this year.


mobely puts up 21/10/4/2....a steal a game...all realistic numbers from the people that are saying this guy is the real deal....hes rihgt there as a co-favorite come april
Click to expand...

Can you walk me through a potential hedge scenario here? Definitely not something I'm overly familiar with.
O

bigfoot5415 said:
I do not like Mobley as MIP. Unless he becomes a superstar they wont give it a 2nd year player. That being said, both his odds & current team odds are good plays to make some money via Prop Swap.
Click to expand...

Didn’t they just give it Morant?

Ohioplayer00 said:
Didn’t they just give it Morant?
Click to expand...

They did. In year 3 after he became a clear cut superstar. Even if Evan becomes an all star candidate, idk if he gets it.

Um...wtf... Why would the Cavs do this? The article is dumb. 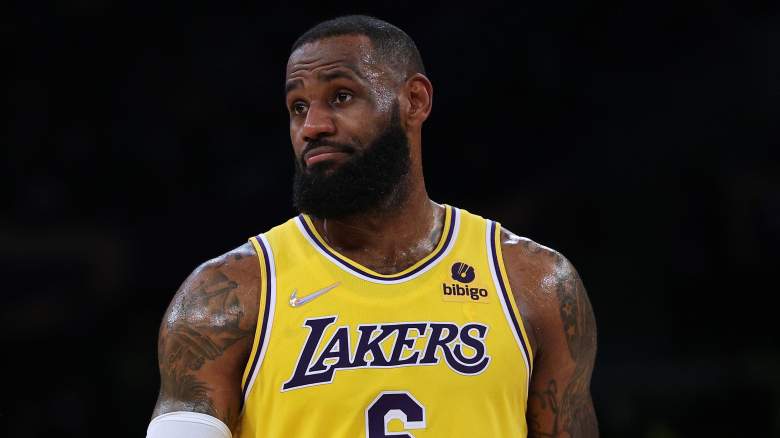 This blockbuster trade would be a surprising turn for the Los Angeles Lakers.
heavy.com
O

Complete insanity!!!!! No way the Cavs would even entertain that idea!

Bleacher Report’s Andy Bailey believes the Lakers should look to trade James instead of allowing the star to potentially test free agency next summer. Bailey suggests a potential deal to orchestrate a Cavaliers reunion with James. The proposed trade has the Lakers sending the All-Star to the Cavs in exchange for Jarrett Allen, Kevin Love, and three future first-round picks (2024, 2026 and 2028).
Click to expand...

“So, why not engage the Cavs on the idea? Start by asking for salary filler, Evan Mobley and four or five picks. When Cleveland says, ‘Nah, we’ll just wait for 2023,’ the Lakers can back off a bit. And if they end up with a 24-year-old All-Star and three or four picks, they can at least sell the fans on this being preferable to losing him outright.”
Click to expand...

Get off your hands, the Lakers need our help!

Bleacher Report can go ahead and change their name to "Unemployed Gen Z Report."

Get off your hands, the Lakers need our help!
Click to expand...

What a dumb ass article.

While I think the trade proposal in that is ridiculous, I think there is merit to asking what it would be worth to the Cavs to get LeBron back a year earlier. Also what it's worth to the Lakers to give up LeBron now or wait to the trade deadline vs letting him walk.

I could see the Lakers trading LeBron at the deadline if they think he will walk and they aren't playing well. I also think they could tear it down if they got a real good offer for Anthony Davis.

There is not. You wait til free agency and if he doesn't want to come here for a pay cut you let him go elsewhere. Why would we help the Lakers unfuck themselves? Or give up anything, of value or not, when we have a great thing going already?
G

bigfoot5415 said:
Can you walk me through a potential hedge scenario here? Definitely not something I'm overly familiar with.
Click to expand...

its harder on these prop bets as opposed to series and ecf bets bcz there is no one...at least last year ...who offered the prop for "mobely not to win MIP" so you have to pay more to get out of teh play....you grab mobely at 50/1....its possible come april its a two man race....myb three.....the other two players will be at plus money so you bet both...youre maybe playing at 50/1...a 2/1 and another 2/1...take mayb 30 units off teh 50/1 and run those on both 2/1s....and then you cash more or less a 15/1 on the original bet.....you could lose it all if some complete cinderella 20/1 comes out of nowhere and beats all three ...like cade cunningham wining it over both mobely and scottie last year on the ROY.