Rafael Perez is my next pick

Kevalier said:
With my next two picks, I select the following Indians:

Edwin was only on the team for two seasons, so he’s not a legal pick.

Stark said:
Edwin was only on the team for two seasons, so he’s not a legal pick.
Click to expand...

I don't think there is any big right handers boppers with similar numbers left is there?

sportscoach said:
I don't think there is any big right handers boppers with similar numbers left is there?
Click to expand...

Can't think of anybody off the top of my head. Most of the true sluggers were gone by the end of the fifth.

Stark said:
Can't think of anybody off the top of my head. Most of the true sluggers were gone by the end of the fifth.
Click to expand...

Vic Wertz in 56 and 57 had similar numbers to Edwin did in his two seasons, so maybe see if he wants to go that way? 55 and 58 he was hurt, so he didn't have a great career with Cleveland. He was brought in 54 to help get into the playoffs. @Kevalier
Last edited: Oct 6, 2019
D

Should we continue or wait for the replacement pick?

daddywags said:
Should we continue or wait for the replacement pick?
Click to expand...

We can keep going. Whenever Kevalier gets back online, he can just pick his replacement,
D

Along with Jackson and Monge, Kern gives me three relievers who can go multiple innings and are also comfortable closing out games.

@sportscoach is up next.

With my replacement pick, I select the following Indian: 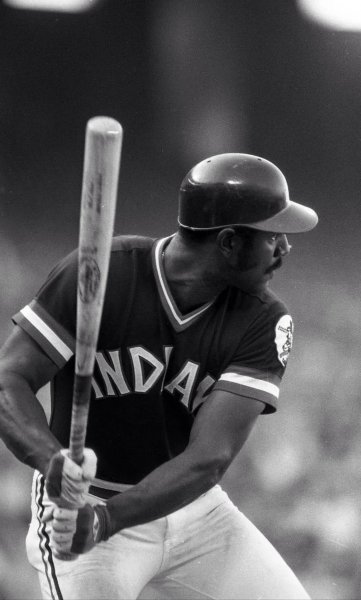 Well umm....going old school again for my long reliever/mop up man, so no one better for the job then...

He will actually be my bullpen/spot starter in my mind, he has a rubber arm and has done 30 CGs in one season!

With my 16th round pick, the Wailing Wahoos select Vinnie Pestano, reliever. 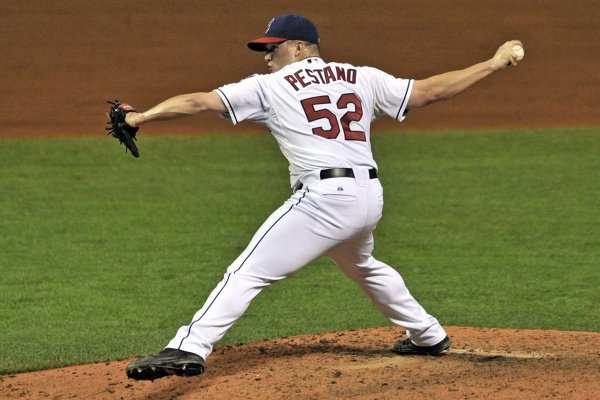 The most valuable thing Pestano ever did for us however was on August 7th, 2014, when we traded him to Los Angeles for Mike Clevinger.

Pestano joins Andrew Miller and Jose Mesa in my bullpen.

@JDailey23 is on the board for back to back picks; draft board is here: https://docs.google.com/spreadsheets/d/1vhOOAVnG0Q_8Iol125TTlzYdmgpyBo2v3oz28mybcD4/edit#gid=0

@JDailey23 good sir you are up! You better pick before we give you some unfriendly choices! Lol

JDailey messaged me and asked him to make his two picks for him in the interest of keeping this moving as quickly as possible.

Based on what I can tell, he already has put together his five man rotation (Feller, Sabathia, Nagy, Carmona, Westbrook) and can currently field a nine man starting lineup as well (OF: Crisp, Lofton, Carter, IF: Alomar, Murray, Hale, Franco, Jacoby w/ Hafner DH'ing). He does have Doug Jones as his closer, but that is his only bullpen arm, so with his 16th round pick, I will select Bob Wickman, reliever.

With his 17th round selection, I'm going to snag Dailey a bit more outfield depth and select Rick Manning, outfielder.

I'm on the clock, and will pick shortly.

I wasn't liking Tito Francona and his negative fielding profile as my starting left fielder - he's capable out there, but I'd be more comfortable having him either at 1B or DH, so with my 17th round selection, the Wailing Wahoos select Minnie Minoso, left fielder. 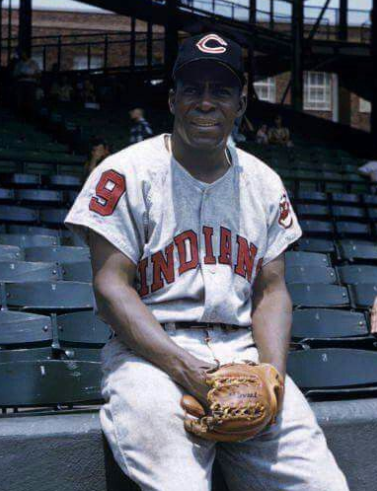 Minoso did most of his damage in his career with the Chicago White Sox, but still had a couple of quality seasons in Cleveland as a major fan favorite. A gold glove caliber outfielder (3x winner) and 9x all-star, Minoso was highly regarded as a great player in his era. He also led the league in HBP nine times.

He'll slot in as my starting left fielder and move Tito Francona to the DH spot most likely.

@sportscoach is on the clock; draft board is here: https://docs.google.com/spreadsheets/d/1vhOOAVnG0Q_8Iol125TTlzYdmgpyBo2v3oz28mybcD4/edit#gid=0