weird stat. I wonder how old chudd,Mangini and Schumer were. We always seem to have a young coach. Expect Romeo.

There go the Cavs!

But both kicked some ass.

There's a lot that could be debated on this, but IMO what separates Chubb are these four traits. Chubb's elite at everyone:

His top-end speed is right there, too.

Hunt's a better receiver and might still be better in pass protection, but Chubb's significantly closed the gap in both of those categories.

Either way, thrilled to have both. There's many teams in the league that don't have a single back that could hold their jock, let alone two. If I had to choose one to keep it's Chubb 10/10. That being said, the Browns are definitely blessed to have both of these guys in the backfield.

Chubb is up for an extension next year, right? What are we looking at there??

MirORich said:
Every teams need cheap young players like Porter Gustin and Wyatt Teller to step up and produce. Thankfully, this is only Teller’s third year in the league so even if he emerges as dominant over the course of the season, he’s under contract on his cheap rookie deal for 2021.
Click to expand...

Watching the game, I didn't notice that Clayborn was injured. He was on fire coming in on the left side, pushing Myles to right end or the three tech. But he only lasted 18 snaps before leaving with a hip, forcing Porter Gustin to jump into a larger role to carry out the gameplan. I think it's likely that Gustin goes back to a more minor role if Clayborn is healthy, but he really stepped up. Can't ask for much more from one of the depth players.

JDailey23 said:
Chubb is up for an extension next year, right? What are we looking at there??
Click to expand...

so that'll be the reference for now unless someone else signs a larger one soon. Chubb will probably reset the market.

so that'll be the reference for now unless someone else signs a larger one soon. Chubb will probably reset the market.
Click to expand...

Kamara's extension is pretty funky, specifically because of how bad the Saints's cap situation is.

Basically, the Saints got him to compromise for two years to save their awful cap situation. He gets rewarded with a monster third year. And, then he'll get cut at age 28 so he can still find a big ol' contract on the market.

FrontPageNews said:
weird stat. I wonder how old chudd,Mangini and Schumer were. We always seem to have a young coach. Expect Romeo.
Click to expand...

Stefanski is 38 years, 4 months. Mangini was 38 years, 10 months when he got his first Browns win.

CBBI said:
Stefanski is 38 years, 4 months. Mangini was 38 years, 10 months when he got his first Browns win.

hue would have been 59 for his second career win though

I’m sorry this is vague but just to keep everyone on the lookout for particular updates as the week goes: 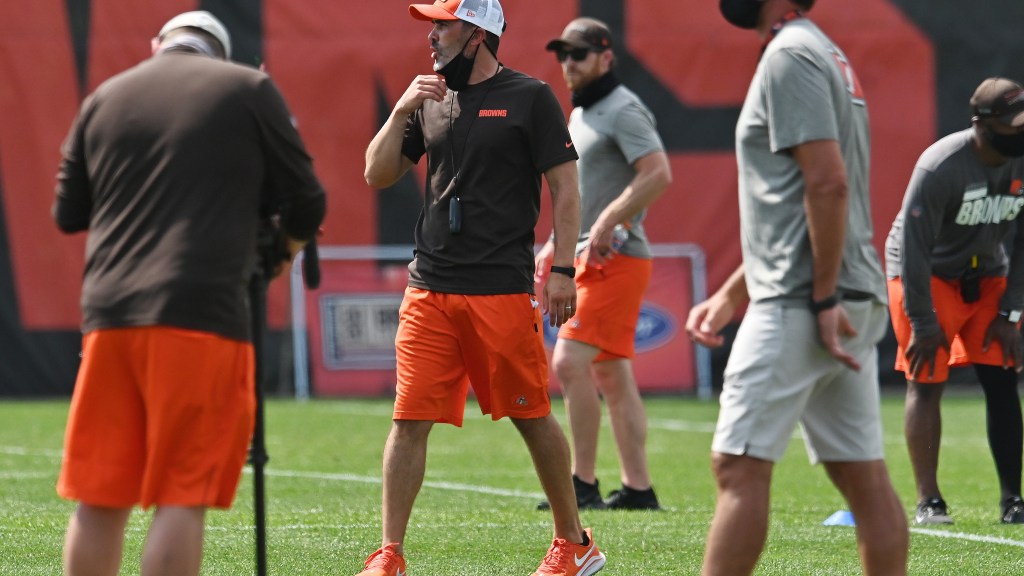 I think Haskins is a tad underrated right now; there were several games in last season wherein he was good; my point is that we will need more than Ward to be effective Imo.

Washington’s defensive line — like I said previously — could very well be one of the best we face this entire season so we need all hands on deck (Conklin).

I know we as a fanbase are excited but imo this is an underrated game on a league-wide scale.