Dem VEEP: Who's it gonna be?

Sebastian said:
Do you think people would go for it?

Is being First Lady a qualification?
Click to expand...

I doubt she wants any part of it, but if Trump was "qualified" to run for President, Michelle's work as a Lawyer and programs she introduced as First Lady make her significantly more qualified for the position than Trump ever was.

Sebastian said:
Do you think people would go for it?

Is being First Lady a qualification?
Click to expand...

Anecdotal evidence: population that I teach ADORES Michelle Obama. Moreso than Barack even. We're talking near Beyonce levels of fandom.

I don't post in here much but Kamala was my D.A. here in San Francisco for several years before moving up to the state level with Governor Gavin Newsom. Newsom was my mayor at the time, they have the same political support system. During this time, the Obama family picked her out as a politician with great potential, so now she is driving that political block. In essence, if you like the dream of Michelle Obama running, know that this is Michelle's choice to make moves in the DNC.

I know she caught a lot of flack for being tough on poor on poor crime as a D.A. but that is really what the job entails. Once she reached the state level, she went after Big Corporations as much as she focused on local crime. That, in my mind, was brave. The national political coverage doesn't talk about that. Wanted to share it out because I feel Kamala is a special mind, and sometimes the obvious choice is the obvious choice for a good reason.

Enough to get the youth vote out? No idea. But if so, she'd be great.
Click to expand...

As I said she is highly qualified and would be a great choice, zero chance she wants the job though. It was a joke of mine, but obviously not a good joke, lol.

Enough to get the youth vote out? No idea. But if so, she'd be great.
Click to expand...

Michelle is like the most admired woman in the US right now. her following is incredible. I would say that if she announced she wanted to be president today and run as a 3rd party she would probably be the favorite.

That said part of the reason she is so popular is the fact that she has pretty much refused to get involved in much politics.

This article is fascinating. 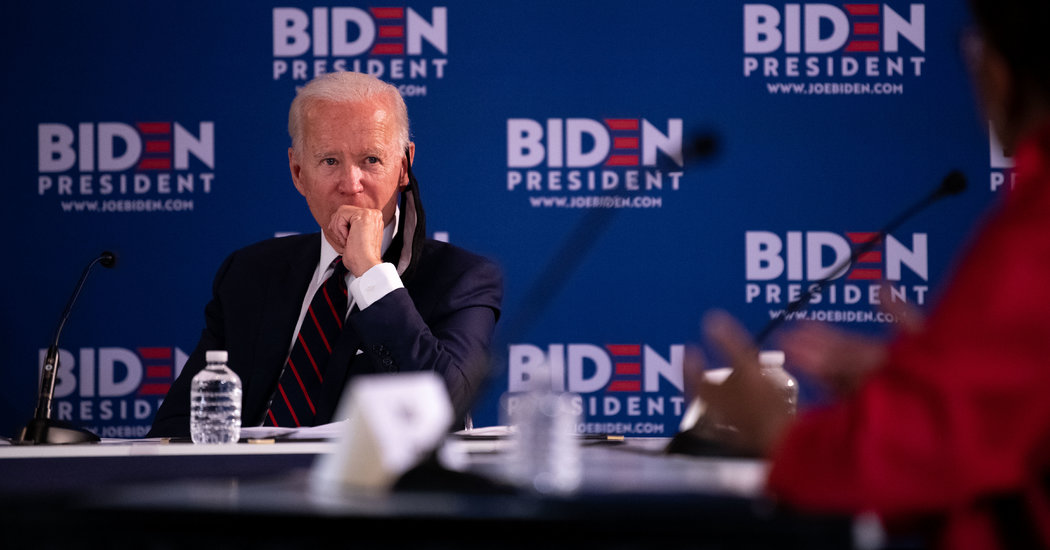 Biden’s Vice-Presidential Search: Who’s on the List and Where It Stands

The search committee is conducting interviews and seeking private documents, and prospects like Val Demings and Keisha Lance Bottoms are getting a closer look as political currents influence the search.

First, it seems to strongly suggest that Biden is looking for someone to help govern over to help win the election. I think this is a signal that Klobuchar and, to a certain extent, Demings are not the most likely candidates.

Second, my reading between the lines suggests these are the team's current rankings:

1a) Kamala Harris
1b) Elizabeth Warren

And then a bunch of darkhorses, including Val Demings, Keisha Bottoms, Michelle Grisham, and Tammy Baldwin.

Not that she was a favorite to be picked, but Amy removing herself from the candidate pool...

Zeus69 said:
Not that she was a favorite to be picked, but Amy removing herself from the candidate pool...

Breaking: Woman who had no shot of being picked withdraws her candidacy. More at 11.

Jack Brickman said:
Breaking: Woman who had no shot of being picked withdraws her candidacy. More at 11.
Click to expand...

She also slighted Warren and Tammy Baldwin by doing this. My guess is that Biden picks Kamala or Susan Rice, regardless.

Jordan said:
She also slighted Warren and Tammy Baldwin by doing this. My guess is that Biden picks Kamala or Susan Rice, regardless.
Click to expand...

Wonder how much Rice's son (who's a Republican and Trump supporter) would affect the narrative...

Even though there’s public and liberal pressure to pick a woman of color as VP, Biden has so far refused to commit to that. Just that it will be a woman.

Good for him. Especially given his age, Biden should pick the candidate he thinks is best positioned and qualified for the job. If that person happens to be of color, then great. But limiting the search to just women of color, dramatically narrows the field of qualified candidates unnecesarily.

Zeus69 said:
Wonder how much Rice's son (who's a Republican and Trump supporter) would affect the narrative...
Click to expand...

I met Rice at a private event... I won't post my thoughts on here as a choice publically here. She is definitely brilliant, but I do not want to say too much more. Anyone can feel free to PM me though.

Biden is a sexist bigot if he doesn’t chose a black woman.

Jack Brickman said:
Breaking: Woman who had no shot of being picked withdraws her candidacy. More at 11.
Click to expand...

It's like when Michael Scott withdrew his interest in the corporate job after David Wallace told him he wasn't getting the job.

Amy was already out and I think her statement does two things:

1) An attempt at covering her ass for her race issues.
2) Knock Warren out, as she's the only progressive in the running.