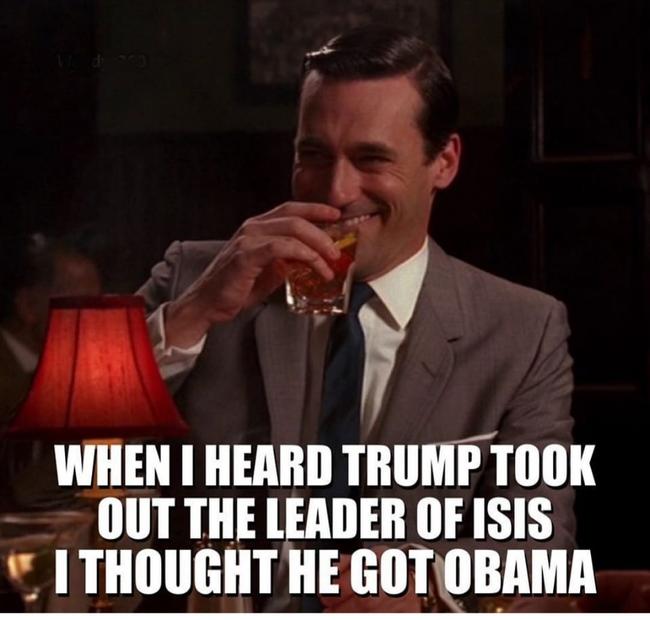 Interesting where support is coming from. 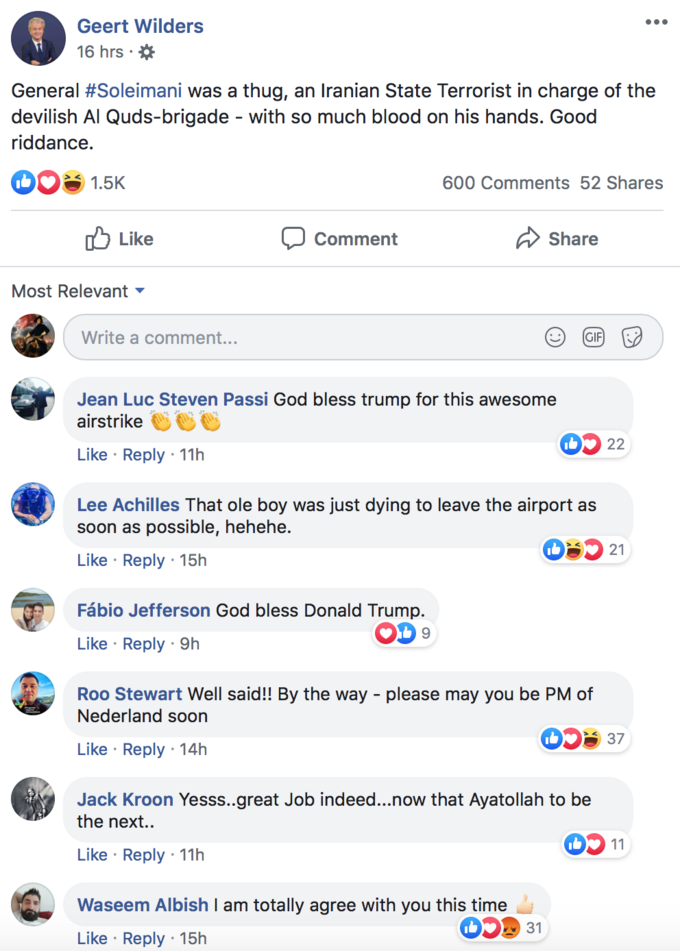 https://twitter.com/i/web/status/1213222519068594177
Seems like the guy you really want in charge as we barrel towards hot tensions to say the least in the middle east

Green Demon said:
https://twitter.com/i/web/status/1213222519068594177
Seems like the guy you really want in charge as we barrel towards hot tensions to say the least in the middle east
Click to expand...

Did you read the transcripts?

King Stannis said:
Interesting where support is coming from.

So Drain the Swamp has spent one of every five days in his presidency golfing and lied so much about how much time he would spend away from the White House. No problem lying like that at all. None.

It is the first instance in US History where the POTUS is openly milking the tax payer for his own financial benefit. Also known as Draining the Swamp. 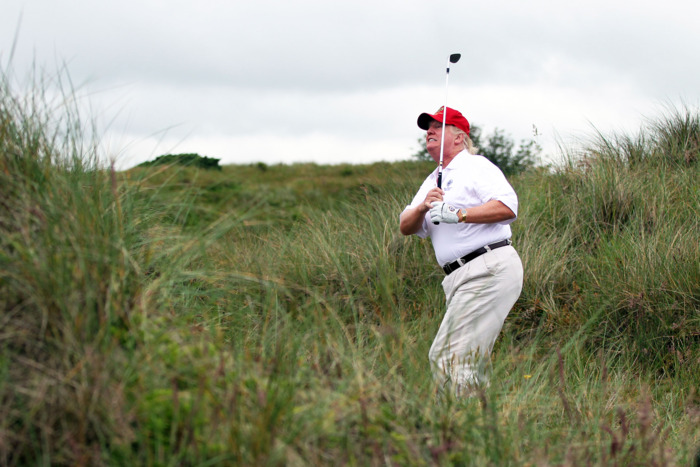 Though the president’s displays of ostentatious wealth didn’t hurt his electoral prospects last time around, the administration is reportedly worried about the public response if voters learn just how much taxpayers are putting up for Trump family vacations and travel. According to the Washington Post, the administration is attempting to delay House Democrats’ efforts to reveal the Secret Service budget until after the 2020 election, in part so that voters do not learn how much they are spending on Trump trips.

The attempt to delay the release involves a bill drafted in part by Treasury Secretary Steve Mnuchin bringing the Secret Service under his department’s purview, where it was housed from its foundation in 1865 until 2003, when the agency was enveloped by the Department of Homeland Security. As part of the proposed bill, Democrats would require that the Secret Service release how much it costs to protect Trump family travel within 120 days of its passage. Mnuchin is reportedly onboard for the reporting of travel expenses, but only if the practice begins in 2021.

Though Trump promised during the campaign that he would “rarely leave the White House,” he has spent 114 days at his home in Mar-a-Lago and 75 days at Trump National Golf Club Bedminster in New Jersey. Full records of Secret Service spending are unavailable, but individual costs detailed over the years offer a glimpse of how much the agency is spending to protect our leisurely president — and why the administration might not want the details publicized in an election year.

In his first four trips to Mar-a-Lago in 2017, the Secret Service alone spent about $1.3 million on each visit. Just renting enough golf carts to follow the president — without hampering his ability to cheat on the green — has cost $588,000 since 2017, according to federal spending data available online. The Secret Service has also had to put taxpayer money directly into Trump’s pocket, spending at least $250,000 at Trump properties in the first five months of his term. For just one month in 2017, Trump’s travel costs totaled $13.6 million, including expenditures by the Secret Service, the Department of Defense, and the cost of renting space and equipment. As the Post notes: “Trump has made 22 more trips to Mar-a-Lago since then … If the Secret Service’s costs remained constant, that would mean more than $28 million in further spending by the Secret Service alone, and $75 million from the government in all — and just on a fraction of Trump’s total travel.” In contrast, and flouting Trump’s impression of his predecessor, the government reportedly spent around $96 million on travel for Obama over eight years. Less than two months into Trump’s term, the Secret Service asked Congress for a budget boost of $60 million to manage presidential travel.

Trump’s family, too, has proven to be a serious expense for the agency. As the Post notes: “Since their father was elected, Trump’s sons Eric and Donald Jr. have made business trips to overseas locales including Ireland, Scotland, Dubai, Uruguay, and India. In 2017, Eric Trump’s visit to a Trump building under construction in Uruguay cost taxpayers $97,000.” Last September, the Secret Service also put in a bid to buy Jet Skis, so that federal agents could protect the Trump family off the shore of Mar-a-Lago.

Some recent Tweets from the President:

https://twitter.com/i/web/status/1216667026191605760
[Obviously it should be bad enough that Trump is claiming that the Democrats are in bed with the enemy. But they do so in the most blatantly bigoted way. Turbans and hijabs=Muslims and Muslims=bad, remember? So the Dems are EVIL MUSLIM LOVERS and if you're a white America lover you'll help us bomb those brown bad guys and beat the Dems in 2020 by any means necessary!]

Some more lying about a potential war-

https://twitter.com/i/web/status/1216754098382524422
[In reality his admin has been inconsistent on their presented reasoning for assassinating Soleimani. Trump claimed he was targeting 4 embassies without any evidence even though the Pentagon chief didn't know anything about that (aka Trump lying again no shit). Also the claim of an imminent threat is clearly bullshit since we've yet to see a shred of evidence and Trump apparently approved the hit 7 months ago...]

The new beloved tradition of the incumbent taking pot shots at primary candidates when they drop out, because that's necessary or ethical-

EDIT: Also even though the ACA gave protections to people with pre-existing conditions and the Trump admin has sued to end those protections, we should be thanking Trump for fixing healthcare (?) and creating those protections.
Last edited: Jan 13, 2020

Meanwhile, the ever changing story on why the airstrike was done continues.

At this point, no one doesn't believe he did it on a whim, ignoring the advice of the military, for whatever reason he was having a tantrum that day.

This man will start a war because of a bad day. Dangerous. No one can ignore that inalienable fact now.

I can't believe I'm saying this, but the President should golf more...like all the time.
G

https://twitter.com/i/web/status/1217266687831171072
I'm pretty sure that he doesn't shower himself after listening to this and he for sure has never cleaned any dishes that kinda goes without saying.

Green Demon said:
https://twitter.com/i/web/status/1217266687831171072
I'm pretty sure that he doesn't shower himself after listening to this and he for sure has never cleaned any dishes that kinda goes without saying.
Click to expand...

Does anyone honestly think this man has ever cooked a meal for himself in his entire life, let alone cleaned up after one?
G 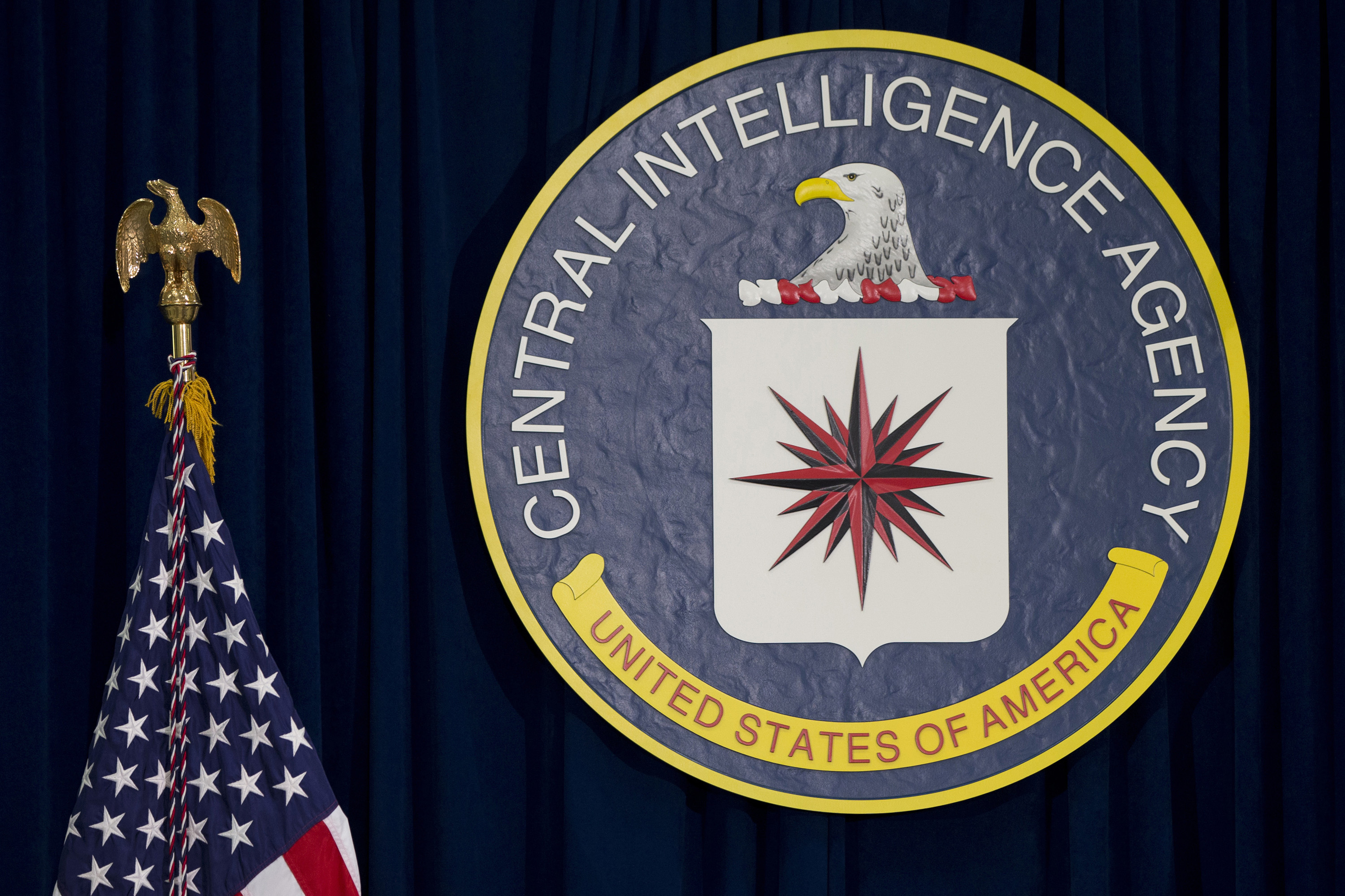 Last year the president told intelligence officials to 'go back to school' after the annual Worldwide Threats hearing.

This is pretty crazy although not very surprising, lets cancel a public global threats briefing because the intelligence we have might piss off the President and upset his many conspiracy theories.

It looks like they eventually will appear after some wrangling because they don't want to piss off the people on capitol hill that provide their funding. They rightfully should as well because they provide the actual facts and opinion of the intelligence people at a time when I think that is pretty important with the global environment that we are currently in.

Jack Brickman said:
Does anyone honestly think this man has ever cooked a meal for himself in his entire life, let alone cleaned up after one?
Click to expand...

Hear he makes a mean hamberder

You know it is utterly amazing how quickly people acclimate to new situations. There have been three impeachments in our 230+ year history and nary a comment here.

This whole process, and the reasons for it, are so depressing.

I don't think people fully understand the implications here and for the future. The nation is in serious, existential trouble.

I think the final vote, which we know how it will end thanks to the complete de-evolution of the GOP from a party of principle and morality, to rubber-stamp for a criminal, will as Churchill said: "...e the end of the beginning, and the beginning of the end."
You must log in or register to reply here.
Share:
Facebook Twitter Reddit Pinterest Tumblr WhatsApp Email Link