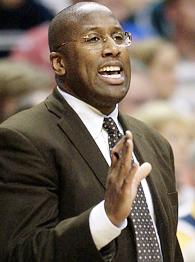 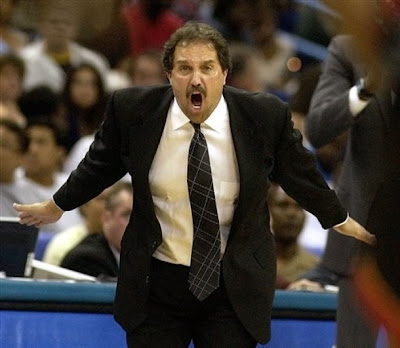 ORLANDO, Fla. (AP) Dwight Howard was walking around the Orlando Magic locker room when he saw the latest trade by Cleveland flash across the TV.

He broke into his infamous Charles Barkley impression to explain.

"The Cleveland Cavaliers got Antawn Jamison to matchup with Rashard Lewis and the Orlando Magic," Howard said, drawing chuckles as he mimicked Barkley's voice. "The Cavaliers had to get LeBron James some more help."

Ousted by Orlando in the Eastern Conference finals last season, the Cavaliers traded for Shaquille O'Neal in the summer and acquired Jamison from Washington this week. The Magic perceive these moves simply as trying to stack up with them, and maybe for good reason.

They might be the ones with the personnel problems now.

"We're the team that knocked them out last year in the playoffs because of matchup problems," Lewis said. "And they're trying to correct those things that will help them get over that hump."

The new-look Cavaliers will face the Magic on Sunday for the first time since they acquired Jamison. While the outcome won't decide anything, it could offer a preview should the teams meet in the playoffs.

Only with a twist.

So the Cavs got Shaq. No more double teams.

Lewis and Hedo Turkoglu, a 6-foot-10 point forward who the Magic parted ways with in the summer, were a one-two combo of shooters with size whom Cleveland struggled to contain. James, moving around defensively on the perimeter, couldn't stop them both. And his teammates couldn't match the offensive output at power forward.

So the Cavs got Jamison.

"The best thing he'll do for our team is spread the floor," James said. "His shooting ability is unbelievable. The fact he can play multiple positions can really make us versatile."

Cleveland had no choice after last year's meltdown.

The Magic were in control for most of the conference finals, with the Cavaliers needing a spectacular buzzer-beating 3-pointer by James for one of only two wins in the playoff series. Cleveland was just 3-6 against the Magic last year and never won in Orlando.

Cleveland is already 2-0 against the defending conference champions this season; the first was a blowout in Orlando, the second a tight game in Cleveland until James pulled the Cavaliers away late.

The Magic were also playing on the second night of back-to-back games in both. No excuses this time.

"They're already the best 3-point shooting team in the league," Orlando coach Stan Van Gundy said. "They get another guy who can stretch the floor with Shaq inside, LeBron on the perimeter."

The Cavs aren't the only team with a lineup shuffle.

The Magic traded for Vince Carter in the offseason to supplant Turkoglu, giving them a new pick-and-roll element at the end of games that they sorely lacked against the Los Angeles Lakers in the NBA finals. Newcomers Jason Williams, Matt Barnes, Ryan Anderson and Brandon Bass also followed.

Whether it's enough to get them past Cleveland is hard to say.

But the Magic believe they have the talent to match anybody, and didn't bother to make a trade-deadline move. And, at least publicly, they aren't worried about the revamped Cavaliers posing any matchup problems.

"It doesn't scare me," Lewis said of the Cavs' latest move. "One guy doesn't win ballgames. They do have another guy called LeBron James, which is going to be our focus."
Click to expand... 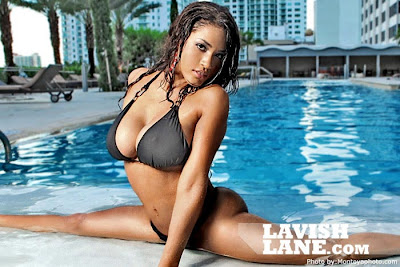 I'm so confident we're gonna win, lets just say I'll be eating steak and lobster for a week if we don't

Im going to go out on a limb and say Jamison has a better game than his first game with us. Rashard sucks at defense so 25 and 9 seem right up his alley.

Damn. Two threads in a row that C-Bass has been forgotten. :shakehead :chuckles:

theNorthCoastKid said:
Damn. Two threads in a row that C-Bass has been forgotten. :shakehead :chuckles:

Thanks for getting this up quickly Silky and getting the attention off the horrid Bobcats game. Nice preview

And Rosa? I don't know about Parks, but sign me up for a seat on Acosta's bus any day.

Hopefully these past two losses humbled the Cavs and get them back to their defensive mentality, because last I checked Orlando is 0-2 and will be hungry for the W. This is a game that Z's absence might hurt us if the Magic want to load up on size, so I'll be curious what Coach Brown brings out. Bottom line is going to be the foul game and see who racks up more quicker in Shaq or Dwight, the more aggressive team will definitely swing this game in their favor.

As for Antawn, I'm eager to see another game in the Cavs uni. His Bobcats showing was rock bottom, so there's only room for improvement. I'm not expecting his typical 20/8 average at all (nor am I expecting that for at least 10 or so games in my opinion), but I think he will do some nice things paired up against Rashard. The nerves are out of the way, time to perform, and in a big game like this with the team (hopefully) jacked up he'll bring it.

So to recap the keys to success here: be aggressive (something the Bobcats obviously flipped on us) and take it to Superboy #12, bring the defense, and act like you're an elite team!

The basketball info to half-naked girl ratio is fanstastic. Keep up the good work...

This is a game where they need to start getting back to their identity, focus on the defensive end, keep the score below 100 and the cavs have a mich better chance of winning. Hopefully on the plane they went over a few things, maybe watched some tape and remembered that this team runs offense for layups and takes 3's once the defense moves.

I dare any man to tell me it didn't move, at the least a little, from that first Rosa pic.

Orlando is in more of a slump than we are. They haven't been able to find there rythm all year. We have just had a couple of weird situations the last couple of games. Look for Jamison to have a good game. For one, the pressure is off. It can't get much worse so he will redeem himself. Two, Jamison should do alot better with the match up against Rashard guarding him/going against him on offense.

JK23 said:
Orlando is in more of a slump than we are.
Click to expand...

Well, we ARE on a losing streak after all.

I thought a "Streak" by definition was at least 3 games?