Brissett is built for Stefanski's dink and dunk, RB heavy offense. His new nickname is 'Game = Managed' because he just makes sound, smart play after smart play, knows how to move in the pocket, when to bail, and makes very few forced throws. At the same time, he isnt just cutting off plays, he seems to routinely find something when it's a blown play. If this defense was playing commensurate to the investment made in them, Brissett would be a fine starter for a contender. In the meantime, he is a godsend for the club and providing stability before the shit storm that is going to hit once Tiny Towel comes on board.

He's very good in the pocket.

He's going to get a bigger payday than Baker Mayfield this off-season.

FrontPageNews said:
Week 1 brissett vs week 3 brissett is one of the biggest differences I’ve ever seen
Click to expand...

chrisrich91 said:
As much as I hated Baker towards the end of his tenure, I was realistic with myself that Jacoby would be a step backwards from a healthy Baker.

Yeah, fuck that. I take Jacoby over Baker every day of the week and twice on Sundays.
Click to expand...

We’re going to need him when Goodell insists on double headers next year.

Can a mod correct the title of this thread? Show some respect to our QB and get his name right.

Out of the Rafters at the Q said:
Can a mod correct the title of this thread? Show some respect to our QB and get his name right.
Click to expand...

Yeah, and update the title to “Jacoby Brissett: Best QB Since the Return”


Given that he’s easily surpassed Baker, and I’ve been told he had previously been best. It only seems right…

Out of the Rafters at the Q said:
Can a mod correct the title of this thread? Show some respect to our QB and get his name right.
Click to expand...

Jacoby Brisket - Our new savor?
A

Brissett does go to show you that playing the position is so little about arm talent and mostly about your brain. I don't think anyone here would argue that Brissett is the most talented arm QB the Browns have had since 1999, but he might be the smartest.

Jake's Brisket, the most savory BBQ since the return, is now available at all Rax locations. 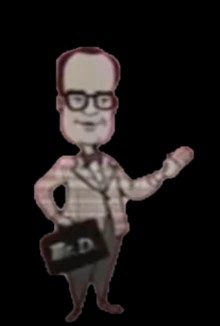 With all the brisket jokes, can someone reach out to Mr Hero and ensure they never even think about asking Jacoby to do a commercial for them? Fuck that romanburger curse! *I* will pay Jacoby the difference in any money lost, if needed.

The efficiency at the QB sneak had me low key chubbed yesterday.