Shit Ohio, get it together.

Shit Huber, get it together!
D

Best in the World

IDK about the other MAC schools, but OU is dealing with a ton of injuries. Depth was bound to catch up with them at some point.


Czvosec said:
Speaking of basketball... the preseason coaches poll came out, and Ohio got ZERO votes. How the hell does that happen? They only won 29 games last year, went to the Sweet 16 (nearly beating UNC), and return EVERYONE from that team. It boggles my mind that not one coach even bothered to include them.
Click to expand...

That's fine, I'd rather be under the radar. We were a Zeller away from beating UNC.

It's not like they aren't getting national attention though:

4:56PM EST November 5. 2012 - This week, leading to the start of men's college basketball season, USA TODAY Sports college basketball reporters Nicole Auerbach and Eric Prisbell will offer their predictions for 2012-13. They start today with the season's finish: The Final Four.

Much of the college basketball season will revolve around the geographic triangle connecting Louisville, Lexington and Bloomington, Ind.

And none of the three schools from those parts is under more pressure than Louisville. This is the year. Kentucky coach John Calipari has his national title and Big Blue Nation is busy planning a celebration in April 2014 after one of the greatest recruiting classes in history rolls through. Tom Crean has reconstructed the Hoosiers program and they'll be a national contender for the foreseeable future. Last season's Final Four appearance for Louisville only upped the ante this season. The Cardinals have the roster to win the title and a fan base that won't let them forget if they don't.

Indiana would have reached the Final Four last season had it not encountered Kentucky in that frenetic, don't-blink Sweet 16 game. With the nation's best player, Cody Zeller, back and more than enough complementary pieces, it would be foolish to bet against the Hoosiers reaching Atlanta.

It's always dangerous to board the bandwagon of a team that overachieved in the previous year's tournament, but here's predicting N.C. State lives up to considerable preseason hype. When at his best, C.J. Leslie is an NBA lottery pick. And the addition of three McDonald's All-Americans, especially Rodney Purvis, will lift the Wolfpack.

Finally, it is not much of a reach to pick a team out of the top-heavy Mountain West. UNLV coach Dave Rice has recruited at an elite level, and with Khem Birch, Mike Moser and Anthony Bennett has one of the nation's most formidable front court.

[Darkhorse that could make a run: Ohio

In the past three years, three non-BCS conference teams – Butler (2010, 2011), VCU (2011) – occupied the 12 Final Four slots. Don't be surprised if it happens again. Among players, most of the same faces are back from the team that gave North Carolina all it can handle in the Sweet 16. Guard D.J. Cooper could be more selective with shots, but Ohio has the personnel to make another run. And if it does reach the Final Four, expect a world-class celebration on a college campus that majors in partying.

I couldn't agree more with what Eric wrote about the Kentucky-Indiana-Louisville triangle being the center of the college basketball world this season. But, like Eric, I'm not sold on the Wildcats getting back to the Final Four. This year's crop of talented freshmen don't have veterans and experience to complement them this year. So, let's focus on the other two.

Indiana and Louisville are expected to be two of the best teams in the country this season -- for good reason. Both have preseason All-Americans leading the way (Zeller at Indiana and Peyton Siva at Louisville), and most key players returning from teams that went deep into March last season. Those fan bases got a taste of success last year, but now they're salivating for more. If both teams perform well in two of the toughest conferences in the country, they'll be in great shape heading into the NCAA tournament.

Michigan State and Kansas both lost key players -- Draymond Green and Thomas Robinson -- but still have a lot of talent on their rosters and two of the game's best coaches. Tom Izzo will test his Spartans early and often, and don't be surprised if freshman Gary Harris becomes one of the top rookies in the country.

Darkhorse that could make a run: Arizona

If transfer Mark Lyons can fit in quickly as the team's point guard and provide a veteran presence on an otherwise young but talented team, the Wildcats will be a scary team to play. Arizona needs to bounce back from a disappointing 2011-12
campaign, and it has the pieces to do so.
Click to expand...

Time to bury this thread. Or start one that focuses on the MAC because OU is no longer special.

We can't hear you when we are ranked all the way up here.

Chardon said:
We can't hear you when we are ranked all the way up here.
Click to expand...

Care to place a non-monetary wager on the Ohio/Kent game for this Friday? How about winner picks the loser's avatar (loser has to keep it for 2 weeks)?

-Deezy said:
Care to place a non-monetary wager on the Ohio/Kent game for this Friday? How about winner picks the loser's avatar (loser has to keep it for 2 weeks)?
Click to expand...

Only if I can have Jigo on my committee for helping choosing your avatar. You can have Quad.

I will accept the offer if I'm offered a 10% RCF money pay raise.

IO_OGIJ said:
I will accept the offer if I'm offered a 10% RCF money pay raise.
Click to expand...

I can't afford that raise, but I can give you a 49% stake of Chardon LLC. I'm selling off.

Chardon said:
Only if I can have Jigo on my committee for helping choosing your avatar. You can have Quad.
Click to expand...

Early candidates for your avvy after OU beats down Kent: 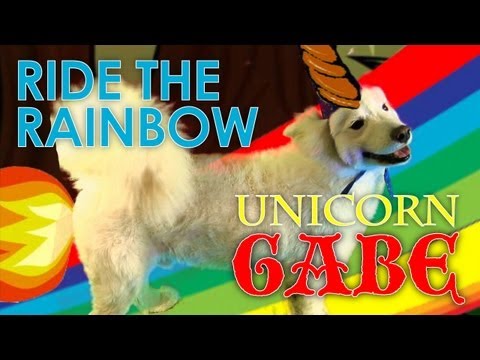