I dunno about you guys, but I'd be terrified if I saw this guy in a Bulls uniform tonight.

The cavs need to come out the same way they did in game one. Build a lead and never let up, the bulls are cocky, and there going to think they can win one or both at home, we need to curb stomp them at there own arena.

I think Miami can win but I almost want them to lose so we can embarrass the celtics. I wish we played Orlando in round one so we can see if the first two rounds are for nothing again, it's the only series I want to see. It's like waiting for Christmas as a kid.

Jay Rhoudi said:
I dunno about you guys, but I'd be terrified if I saw this guy in a Bulls uniform tonight.

Geez, I knew Larry didn't have any fun here, but I never realized how much he let himself go :chuckles:

Bad News For The Bulls?


CLEVELAND -- For half the players in the NBA, a postseason performance of 24 points, six rebounds, five assists and one steal would be worthy of a time capsule, with the box score matted-and-framed.

For LeBron James, it was below average. Sub-par, and not in the good, golf sense.
It all means the Bulls have something else to worry about for Game 2 of their first-round series against the Cavaliers on Monday night at Quicken Loans Arena. Besides the things they already were worrying about that did not go their way in Game 1.

Nothing really was wrong with James' performance Saturday, least of all the 96-83 outcome. It was just that he usually scores more, rebounds more, assists more and steals more than he did in the playoff opener that never got closer than seven points in the second half.

So if they Bulls know anything about statistics, and understand even a little about James, they'll realize that "regression to the mean" in this series likely could produce some regression to The Mean from the Cavaliers' star. Possibly as soon as Game 2.

"He's going to have the ball in his hands," Bulls coach Vinny Del Negro said Sunday. "He's going to be in isolations. You have to pick your spots for when you double him, because he sees the court so well and they spread the court with their threes. That's when [Anderson] Varejao is effective coming down the middle and, more importantly, on the rebounds."

Talking with reporters after practice, Del Negro had just gone down all of the items on his team's to-do list -- more conscientious rebounding, fewer turnovers, additional scorers to help Derrick Rose, better ball movement -- and never even got around to James. So it felt a little cruel to bring him up, but there simply is no ignoring the best player in the game.

Holding James below his average is a goal of every team that tries to defend the Cavaliers. It's that way with most stars, except on rare occasions when a coach will let a guy "get his" while trying to choke off his teammates. But there is an ominous side to it, too, that rears its ugly head in these repeat encounters because averages aren't random numbers. During the here-and-gone regular season, teams figure if they hold down a star, he'll get whole against the next guys. In the playoffs, "the next guys" typically are the same guys. Tribute eventually gets paid.

"You're not going to take everything away from him for the whole 48 minutes, but you can make it difficult," said Bulls forward Luol Deng, the first of several Chicago players who guarded James. "I thought we did a good job of making him see bodies, making him beat us more with passing than scoring, and I think that's what you've got to do."

James did seem content to manage rather than dominate Game 1, taking inventory of his team's various weapons instead of forcing the issue. He got the ball to Shaquille O'Neal, kicked it out to Mo Williams, Delonte West and Antawn Jamison, rewarded Varejao for his hustle on the offensive glass and made sure Zydrunas Ilgauskas got some touches. If the Cavs were a band, Game 1 would have been when the lead singer calls out each instrumentalist in the intro for a brief solo.

James didn't seem ruffled by blowing a layup, committing a turnover or getting whistled for a charge all in the opening minutes, letting the game come to him. He even kept a low profile afterward, sitting alongside Williams at the postgame interview session in their stylish, business-like gray suits. He either nodded at Williams to answer most questions or took a strategically timed swig of Gatorade to ensure that would happen.

As opposed to, say, Chicago's Derrick Rose, who still is learning when to assert himself vs. looking to teammates, James has turned the art of managing a game into an instinct. When it's time to preside, he presides. When it's time to "go LeBron" on someone, he can do that.
Which way is he more dangerous? Both, Del Negro equivocated. "He tries to get all his guys involved and then, when the game's there [to be decided], like All-Star players do, he's going to want to take over and make plays."

Said Bulls center Joakim Noah: "The reason why he's the best player in the world is because he can do both very well."

Del Negro chuckled when reminded -- as if he didn't already know -- that the Bulls aren't built with a Ron Artest, a Shane Battier or some other lockdown defender who can be thrown at James for an entire series. This is a committee job, with a gimpy Deng, a raw Taj Gibson, an undersized Kirk Hinrich, an overmatched Hakim Warrick, maybe even unsuspecting rookie reserve James Johnson taking their turns in the dunk tank against James.

At best, the Bulls will try to do what other teams do to Rose: Make James play in a crowd, though he can see over and push through most mortal mobs.

At worst, the Cavaliers' star will spend one or more of these upcoming nights polishing his averages.
]
Click to expand...

Try this one... this is what was sent directly from the Cavs:

• Deng said yesterday that he's being bothered by a left knee and calf that caused him to miss time in March and April. He probably would not be playing right now if it wasn't the playoffs. He struggled shooting the ball in Game 1, going just 5-of-15. It may not have been the best thing to admit, LeBron may look to attack him more now.

• Noah declined to talk to the media at shootaround, though he did talk to TNT for a segment to air tonight. After seeing what can only be described as a media "mob" waiting to speak with him after he said "Cleveland sucks" Sunday, he decided to hold his tongue for now. This is the stuff that make playoff series spicy and why so many quotes are so tame. It does not help that it is a Monday and there's a fresh news cycle that needs fodder. Here's a tip: If you are going to start a controversy, do it on a Friday not a Sunday.

• The Bulls are promising to be more physical in Game 2. This is sound strategy. They are not going to grow and so they are going to have to make up height in toughness. It can work, especially in short spurts. It means they will probably be more aggressive in chasing and attacking loose balls. Look for more loose ball fouls both ways because of it. But it isn't just the big men who need to step up. Rose avoiding contact when driving and, therefore, took low percentage shots and kept the Cavs' bigs out of foul trouble. Look for him to look to draw more contact on his drives.

• The Cavs have worked on some zone offense to prepare from seeing it again. They weren't ready for the zone Saturday. When opponents go zone on the Cavs, the easiest thing to do is put LeBron at the foul line and let him distribute from there. With his size and skill, he will pick a part a zone with passing from the high post. This is standard basketball.

• For the Bulls' offensive adjustment, look for more screen rolls involving Brad Miller. Chicago wants to punish the Cavs for doubling Rose off screens by setting up Miller for a jumper. He's light years better at it than Noah, who was stuck taking jumpers in Game 1.

Mouse in the house 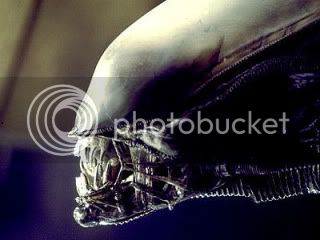 More of this please Shaq, I need a good laugh. How ironic, in that picture the Cavalier is slaying the bull with the JAKE in the background. 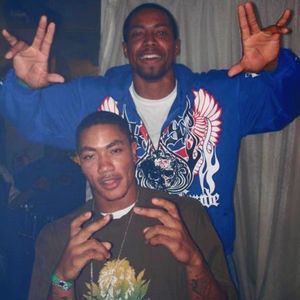