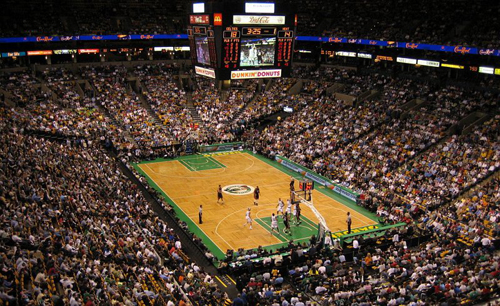 Yeah, there's one of those too.​
A much anticipated reaction.

There’s a famous quote that argues “adversity is a fact of life. It can’t be controlled. What we can control is how we react to it.” While this quote has probably found itself into millions of high school English papers, it’s a philosophy that I fully believe in. And, prepared to travel to Boston this Thursday, it’s a saying that the Cleveland Cavaliers should start taking to heart.

You see, in basketball, particularly in the playoffs, every measure taken is a reaction. Up until last night, every reaction was a positive one for the team coming off of a loss. Cleveland took game one, Boston embarrassed the Cavaliers on their home court, Cleveland returned the favor, and Boston held serve in what was becoming a back and forth tennis match. But the Cavaliers failed to positively react last night, after losing by double digits in Boston. Instead, they came out and shamed a crowd of 20,562 fans that had hoped to see the next step in a successful postseason run. Because of this, the team now finds themselves back against the wall, with no choice but to win Thursday and Sunday if the opportunity presents itself.

So how will the Cavaliers respond to this adversity? That is what I feel will mold the legacy of this team and, even though it’s still relatively early in his career, the legacy of LeBron James as well.

Regardless of the widespread implications game 6 could hold for this franchise, I see glimmers of hope. These glimmers don’t come from last night’s game, as there is almost nothing positive to take away from that, but rather from this chess match of wills. For the majority of the series, the Celtics have dominated the Cavaliers, exerting their own will. But, down 2-1 in the series, it took an embarrassing defeat to wake them up. A 29-point defeat, which was good enough for their worst home playoff loss in franchise history, a franchise that has been existent since Harry Truman was in office.

Two games after that defeat, the Celtics are 2-0 and just handed the Cleveland Cavaliers a 32-point defeat, which just happens to be Cleveland’s worst home playoff loss in franchise history. While the Cavaliers’ postseason history isn’t nearly as glamorous or well established as that of the Celtics, one could only hope the same message got across.

And that message is that it’s not about facing, or even controlling adversity. It’s all about the reaction we’ll witness on Thursday night.
Click to expand...

Why are you smiling?

Everyone from the top of this team to the very bottom and everywhere in between needs to be called out and held accountable for their play. The Boston Celtics made it a point to attack Mo Williams every single possession he was in the game for last night. Ray Allen exploited the mismatch for 13 first half points and when he hit two quick three-pointers out of the gate in the second half, it prompted a defensive switch with Anthony Parker. Then, with Williams now guarding Rondo, Rajon gashed the Cavaliers for 16 second half points after being held scoreless in the first 24 minutes. Mo Williams, you're the worst defensive player on the court and your offense is too sporadic to make up for it... BOOM, roasted.

The team has to be more aggressive, and it starts with LeBron James. His passive first quarter approach worked momentarily Tuesday night, as it opened up several teammates around the basket, but once Boston keyed in he had to make shots in order to keep them honest. In this light, he failed. Also, there was almost no paint on the bottom of LeBron's shoes last night, as he often passed off to a teammate on the perimeter or settled for a jumpshot.

It's not essential for LeBron James to come out uber-aggressive and score 21 first quarter points as he did in game 3 (it would be nice), but taking only 14 shots in a such a big game is completely unacceptable. In the two wins this series, LeBron attempted 23.0 field goals per game. On the other hand, in the three losses, he hoisted only 15.7 shots per contest. Believe it or not, LeBron is actually averaging more free throw attempts in the three losses (12.7 per game) than in the two wins (10.0 per game). Therefore, it's not just about getting to the line, but rather getting more field goal attempts and attacking the heart of the defense.

I'm a firm believer that once LeBron James starts, the team follows. These past two games haven't even been close to aggressive for #23 and, as a result, the team has played passive basketball, getting outscored in the paint by a combined 24 points in the two contests.

This is the biggest, and perhaps most abstract, need for Thursday's game. The past two games the team has simply gone through the motions, failing to played inspired basketball. In their three losses this series, the Cavaliers were outrebounded by a grand total of 35 rebounds, getting outgained by double-digits on the glass each time.

In 82 regular season games, only 37.8% of the team did the Cavs allow their opponent to grab at least 41 total rebounds. Furthermore, in only one out of the four meetings against the Celtics did Cleveland allow Boston to snag 41+ rebounds (25.0% of the team). However, through five contests, the Celtics have exceeded 40 rebounds on four occasions (80.0%).

And the difference in rebounding has become a real difference maker these past two games. After a huge win in Boston, Cleveland has been outscored 32-4 in second chance points (-28), accounting for 66.7% of the losing margin in games 4 and 5.

Rebounding is an issue of desire and, just as LeBron needs to set the tone with aggressiveness, he needs to do it here as well. Not since the 2007 NBA Finals has LeBron James failed to have at least one game with double-digit rebounds in a series. Additionally, that four game sweep was the only time in 12 postseason series that he fell short of a 10 rebound game. James, who averaged 9.2 rebounds per game in the first round, is averaging only 7.4 rebounds per game through five games this series. Ultimately, if the Cavs don't expect to win the battle on the boards, they can't expect to win the game.

This is it. It's do or die time for the Cavaliers. Which LeBron James will show up? Game 3 LeBron or Games 2, 4, & 5 LeBron? Yes, the Clevelanders will have to pull out another road win in Boston. Yes, somebody else will have to step up as well. Yes, LeBron James will need help. Yes, the defense needs to be Cavalier like. Yes, the offense will have to be run smooth. Yes, it will take a team effort, with everybody playing a part. But it all starts with the MVP. This is it. It's win or go home.​
Click to expand...

Not looking forward to this. I can't believe this could be it. So sad.

If this team has ANY heart whatsoever, they won't go down easy.

Just realized I put the game as "Tuesday." Could a mod change it to "Thursday" for me? Thanks.

I liked the read on heart, we definitely need to show that to have any shot.

I honestly don't know if I can bear to watch this game. 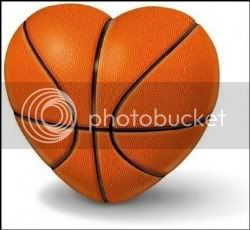 
camakazee said:
Just realized I put the game as "Tuesday." Could a mod change it to "Thursday" for me? Thanks.
Click to expand...

Got you, and great game thread. What you do for this website and Cavs fans deserves mad praise.

WHATEVER to this game. Most of the time i call-out/switch @ work to watch the cavs games, but i wont even record it...just a quick view on nba.com when i get back home. Hey hopefully they win.

flat out we will know within the first 6 minutes of this game if its worth watching. if lebron doesnt show up by then its over.