Is anyone else obsessed with watching Messi the Russian Puma?

Long story short, he was born in a petting "zoo" and would have been put down because he had health issues and the "zoo" could not care for him.

So this Russian couple adopted him and raised him from the time he was a small cub. They have paid for his extensive medical treatments and he is now healthy, though he needs continuous medication.

He is the most gentle and sweet tame cougar ever (his disabilities may be genetic in nature as he seems to exhibit a form of neoteny) and even attended, and graduated from, Dog Obedience School. Evidently mountain lions tend to be easiest big cat for people to handle as they take to domestication best out of the big five (leopards are the worst).

He lives with the couple as a pampered pet, is amazingly attached to the guy, and is now joined by a rescued Cheetah, who was being maltreated in a circus, who is also very tame (Cheetahs have been pets for many millennia, they take to being with people the best amongst the larger wild cats).

The couple initially raised Messi in their small apartment, but thanks to the YouTube monies they build a good sized house and now Messi has a lot of room and a big fenced-in yard. They have built a separate facility on the property for Gerda the Cheetah until they feel the two cats can live together in the house.

Some people might question the wisdom of keeping these big cats in captivity. The cats are well taken care of, see a veterinarian regularly, and the couple has permits to care for them. But for the couple, Messi had no were else to go, as even if he were healthy enough to be released into nature, cougars are not native to Russia. He would have been euthanized. Gerda would still be stuck in a circus being maltreated. 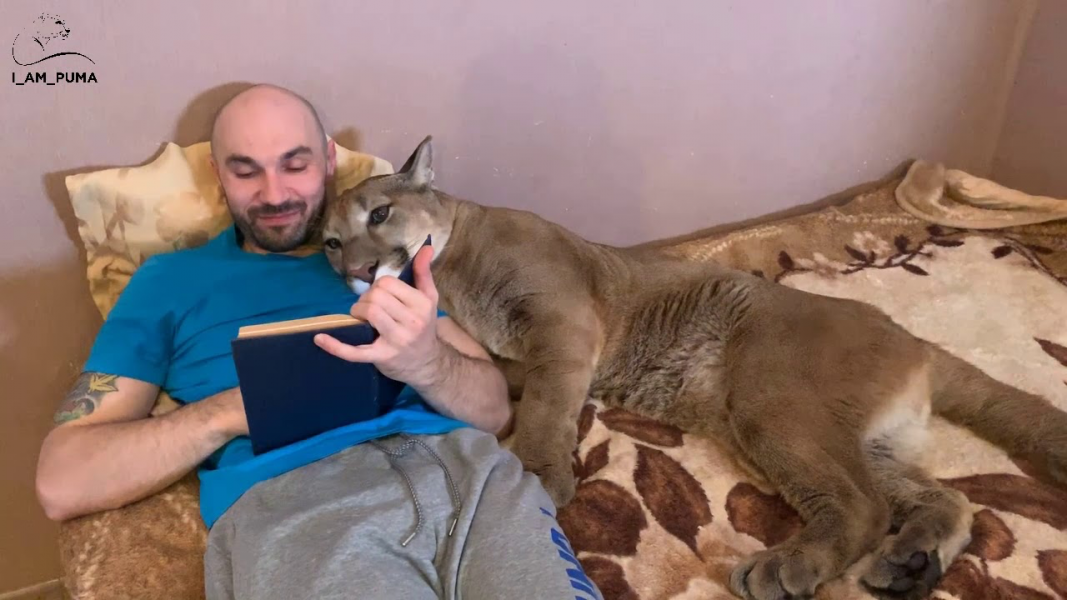 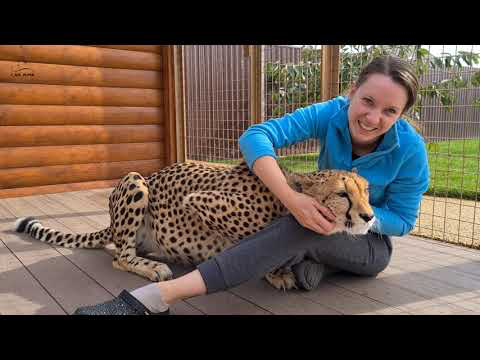 Messi lounged and attacked a green monster from Monsters Inc.

He also ate a box.

Gerda lounged in the sun.

3/30/2021: Messi had to wear a snow suit on his walk because it is the Rasputitsa. Messi went from boundless joy to terrible agony in seconds.

And then he had to have his paws cleaned afterward! His dignity was greatly impinged. 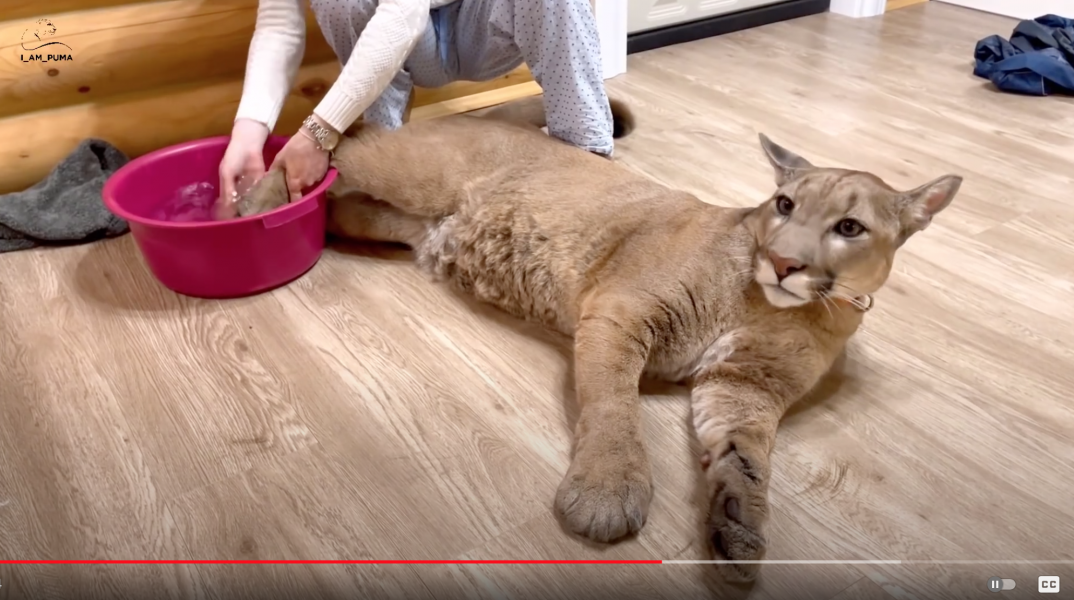 This thread seems to be unpopular, but I’m here for it and expect updates until these cats go visit their ancestors in the great beyond.

pr26 said:
This thread seems to be unpopular, but I’m here for it and expect updates until these cats go visit their ancestors in the great beyond.
Click to expand...

It surprises me that no one else has gravitated to this considering the numbers of cat fans. This, on its surface, should be intriguing to most.

4/3/2021: Messi played with a soccer ball in the snow, delivering many lethal bites to it.

4/5/2021: Messi spent time in his cat house in the loft, and we would not let Sasha inside as it was a violation of his personal space, and an affront to his dignity.

4/8/2021: Messi went on a walk in his little snow suit. Everything is muddy and wet as it is the break-up season in Russia.

He climbed some trees and was very dignified.

Cheetah Gerda made the local news and continues to enjoy sunbathing. She is very elegant. Messi could be heard quacking in the background being jealous.

4/18/2021: Puma Messi got some new toys, a couple balls. A big blue ball and a new soccer ball. He valiantly and valorously vanquished both.

4/20/2021: Puma Messi attacked Sasha with a ferocity of tenderness seldom shown in the annals of history.

4/24/2021: Cheetah Gerda finally got some running in with the snow melted. Cheetah's are such sublime athletes. So graceful in the sprint. Puma Messi, on the other hand, is like watching a tank on a race track.

Help For Business Hit By Covid