Do Not Sell My Personal Information
S

Yeah so I think Okoro can play some SF...

Sir'Dom Pointer said:
He is huge. Wow.
Rare build this guy has
Click to expand...

CTownDown said:
That's awesome, my brother is being deployed to Okinawa next month!
Click to expand...

This pic was up when my gf came into the room. I closed my browser.
J

45 minutes long but a good watch. Schmitz does these with pretty much every lottery pick. Usually in person but via zoom this year for obvious reasons.

He basically breaks down elements of Isaacs game, asking Isaac situational questions about the plays featured, and shows clips of similar plays from some of the (admittedly high end) comps for Okoro.

Pretty good stuff and you really get a sense for Isaacs approach to the game as well as his commitment to always be the hardest worker as he continues to improve on his game
Click to expand...

Cavatt said:
His recovery and fighting through screens are some of his strength. He is pretty darn good. Have you seen the tape of him covering Kira Lewis? He's pretty much top speed and Okoro did a good job on him.
Click to expand...

Totally agree. I saw that game and thought the same thing. Kira is very fast but Okoro was able to stay with him. His strength and length really helps to be infront of those quick guards. I am lookimg forward when Okoro plays against Sexton in practice to up their games.
J

We need to establish good defense in the starting lineup. Okoro's value will show more on a more balanced lineup as a starter.
Click to expand...

Personally even though JB says Okoro needs to earn it, I believe he will be in the Starting lineup earlier than we think. Depends on training camp with covid but if things go well, I expect from day 1.
J

Did not expect him to be that built.

Anyways, having Sexton and Okoro -continue to build on the culture on work ethic that can translate to winning games for this franchise. Very excited.

Can we slightly modify his nickname...? 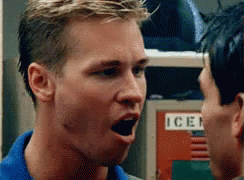 I'm with the majority of people I think Okoro should start from day one....He's going to have "bumps and bruises" along the way but I think it will help him long term....imo

I know one thing,I would love to see Sexton and Okoro play one on one...
C

You also hope that his approach to defense in games and at practice might do more to influence Sexton and Garland to better technique and effort at the defensive end. If some of the guys go from terrible to below average, that still helps.

ansatsusha80 said:
I'm with the majority of people I think Okoro should start from day one....He's going to have "bumps and bruises" along the way but I think it will help him long term....imo

I know one thing,I would love to see Sexton and Okoro play one on one...
Click to expand...

Agreed, but JBB is saying that right stuff about making him earn the job. Garland was handed the job and he never really earned it.
Okoro is going to get major minutes whether he starts or not.
W

Bickerstaff seems fairly pleased to get Okoro. On the plane flight back to Cleveland after watching his workout JBB was already working on lineups including the young fella. Here are his latest comments.

He’s all about the right things. He’s all about winning, and doing whatever it takes to win. You watch him sacrifice his body, getting on the floor, guarding the other team’s best player, while still trying to be the best player on the team. ... A lot of people, they have to score, score, score, so they save their energy for offense. But Isaac was willing to do both. And that was extremely important to us.

We have our young core guys, our veteran players and Isaac fits with them on the floor. He makes them better, and they can make him better.

We wanted high character people. We wanted people who were good teammates that were good in the locker room and cared about something larger than themselves. And when you watch Isaac play, and you look at his history, that’s who he is.

I think that’s huge and that’s where it has to start. On the perimeter, you look at the league, that’s where the league is based. It’s a perimeter-oriented league. Every single night -- 1, 2 and 3 -- you expect some challenges. You’re going to get tested and he’s going to be playing the best players on the planet every single night. A guy who accepts that challenge is who you want. He’s a competitor. He’s a scrapper. Doesn’t back down from anything.

Like JBB says, it's a perimeter-oriented league and we have little if any defense on the perimeter, so this is a great fit of need plus best talent on the board. Every team in the league has a scorer at 1, 2, or 3, usually their leading scorers, guys like Bradley Beal, Trae Young, Jaylen Brown, and Zack LeVine, just to name a few. Looking at the teams other than the Cavs, their leading scorers played the following positions last year:

The question I have is if Okoro is checking a high scoring shooting guard then Sexton would have to guard the opponent's small forward. It would be OK if Garland and Porter were on the floor because Porter could take the small forward if the shooting guard was the bigger threat. But if Garland, Sexton, and Okoro are on the floor together I don't see Okoro guarding a 2 and putting Collin on the 3.

I actually like this direction we are taking with Okoro and Sexton. If they can rope KPJ into that culture, then that’s a young cheap back court who can bond while we learn to battle into the 4th quarter this year.

I am excited but not delusional. We just need to grow these picks internally and continue to draft and farm them. That’s going to be the way to do it from here on out. We need that OKC style of youth and energy for long enough where these guys want to stay because of what they have built and if they want to leave, trade as RFAs and keep going forward.

We were putrid on D and helping with that should also improve our offense and allow for some scoring runs.