Urban said:
The obvious positions to potentially address are 2B/3B and a reliable #2 bullpen arm to bridge to Hand. Karinchak could certainty fill that role and trying to address that need in free agency would be a mistake. I'm comfortable with where the OF is, especially if the plan is for Reyes to see time out there.

I like the idea of Todd Frazier on a 1 year deal at ~$10m and making a trade with Baltimore for Givens. Frazier keeps a spot warm in the IF for 2020 and provides plus power and great leadership. Givens brings a blazing fastball that the bullpen is lacking.

If the goal is for Reyes to get time in the OF, there could potentially be quite a few more opportunities for the utility IF to get some semi-regular playing time if the DH spot is utilized properly. In that case, I wouldn't be opposed to seeing Christian Arroyo on the roster instead of Freeman, despite a solid 2019 from Freeman

First off we need to deal with the 40 man roster...

Clippard, Puig, Flaherty are free agents and all three likely will be gone. Clippard and Flaherty I would both offer a minor league deal with incentives, an opt out clause with an invite to spring training. Puig will walk and get at least a 3 year/45 mil somewhere next off season. I think both Clippard and Flaherty will be on another club next season.

Anderson and Salazar will both be non-tendered and essentially released. Both will be offered by the Indians a minor league deal with incentives and an invite to spring training. Salazar I don't see taking the deal but Anderson probably would.

Otero's and Kipnis's option will both be declined. Otero will have a minor league option with incentives on the table from the Indians. He could earn the same amount if he makes it out of camp with the roster. Kipnis will get an offer from the Indians for 2020 but at a reduced rate. My hunch is he will sign elsewhere. Of Otero isn't offered a major league deal, he will take the Indians incentive based offer.

Cole, Olson, Hoyt and Maton will be roster causalities as well since we will try to outright all 4 to AAA. All of them will be offered minor league deals with an invite to spring training if they decide to take the assignment/do not get picked up via waivers.

hmmm... This next move will be awkward as heck and kind of out there...plus I need to do something creative since the Indians FO is good at this lol

Cleveland does this because it creates two open 40 man spots and gives us a long term potential late inning guy. Angels do it cause Plutko is a reliable starter, plus they get a potential future starter in Mejia and I think Bradley around a Pujols would be a good thing for him.

Next I sign Jedd Gyorko to a 1 year like 3 mil range MLB contract. It's a bit of a gamble, but with being able to keep 26 guys, he can compete for Kipnis's spot on the roster or end up being a bench guy. Injuries got to him last season and he is looking to fix his career. He is from West Virginia so this would be closer to home for him as well.

Next is the extension time Lindor.... sadly doesn't sign long term, but... Clev does! So get Clev to sign an extension this off season!

Then we have one open spot to either protect a guy like Oviedo or get someone in the Rule 5 draft. Then in the off season Naquin will be moved to the 60 Day DL, giving a guy like Nelson the chance to make the roster. I will keep position players that we have on the roster and not really make anymore significant moves right now and leave it up to mid season to spend really anymore money. Though I would sign a AAAA style player that can play 1B for our AAA team and be an insurance as well that way. I don't 100% like moving Bradley this season, but I want Buttrey and open spots on the 40 man roster.

Next let Gyroko, Chang and Arroyo compete for the roster spot. All three I think are better at 3rd than 2B, so Ramirez moves to 2B in my mind. Chang I think wins out the roster spot.

Then vs Right handers it would be Luplow, Gyorko, Plawecki and Freeman normally on the bench and against lefties, Zimmer, Gyorko, Plawecki and Freeman on the bench. I know Zimmer/Luplow in the 2 spot is an oddball move, so thats a gamble and so is putting Bauers out there against lefties, I just felt that is the best roster right now to put out. Who knows if ill be right, I actually don't worry about Luplow in the 2 hole since he takes pitches and can really hit lefties, its Zimmer who I worry about, but I think if he takes pitches and works on getting base instead of being super aggressive with his swing, I think he could really fit in well there with his speed.

Honestly even though we have a ton of bullpen arm talent coming through the system right now, I believe we will go and get a young controllable arm like Buttrey in the offseason. No clue if that trade works in a sense for the Angels, but I think someone like him will be brought in to compete for the setup spot with Karinchak to help give hand more support. With Buttrey having a full season under his belt and good guys around him for pitching, i think this would be a good opportunity for him as well.

Most of my concern was coming up with a line-up, rotation, and main pen guys. Honestly, I don't think Perez makes it through next season. With the new pitching change rules, I don't see him surviving. He's been putrid against righties, minus 2018.

Lord Mar said:
Isn't Reyes a negative WAR fielder? Have you seen enough of him out there to be comfortable with our OF if Tito basically forces him to RF? I can't say I'd be comfortable with/without him in the OF.
Click to expand...

He definitely isn't good out there. When he was with San Diego, I believe they took him out frequently for defensive purposes after the 6th inning. But Tito has indicated they want him to see time out there. To what extent (how many games), we can only speculate. I'm sure his performance will dictate that. I think it's probably good for him to get time out there- just so he isn't thrown out there for interleague play- but ideally no more than say 20% of games.

Lord Mar said:
Isn't Reyes a negative WAR fielder? Have you seen enough of him out there to be comfortable with our OF if Tito basically forces him to RF? I can't say I'd be comfortable with/without him in the OF.
Click to expand...

Yeah, he's pretty bad. Probably in the same ballpark as Nick Castellanos in terms of performance out there. So, hopefully, it's not an everyday thing, and more to just get him reps.

Derek said:
Yeah, he's pretty bad. Probably in the same ballpark as Nick Castellanos in terms of performance out there. So, hopefully, it's not an everyday thing, and more to just get him reps.
Click to expand...

But why is it necessary to get him reps? Surely there must be a better fielder available, whether on the roster or in the minors (or via FA/trade).

I'm just a little perplexed. Franimal seems like the ideal DH if there ever was one.

Lord Mar said:
But why is it necessary to get him reps? Surely there must be a better fielder available, whether on the roster or in the minors (or via FA/trade).

I'm just a little perplexed. Franimal seems like the ideal DH if there ever was one.
Click to expand...

Presumably to avoid a similar situation to the last series in Washington where Tito wasn't comfortable putting Reyes in the OF (more specifically, LF, which he had not played in years).

Lord Mar said:
But why is it necessary to get him reps? Surely there must be a better fielder available, whether on the roster or in the minors (or via FA/trade).

I'm just a little perplexed. Franimal seems like the ideal DH if there ever was one.
Click to expand...

Pretty much what @Urban said.

Plus, he is young, and if you can coach him up to be passable in the OF, that would be a big plus moving forward.
P

Not going to breakdown the 40 man roster or even the entire 26 man roster to begin the season. I think Luplow was just too good against lefties not to start him next year against every left handed starter. I like the previous idea of Corey Dickerson, he may be the perfect platoon partner with Luplow. Mercado is my starting CF. I'm not going to count on Zimmer for anything except to begin the year at COL and show me what you can do for an extended period of time.

A player I read awhile ago that the Tribe was interested in was Ian Happ from the Cubs. I like the idea of giving this kid a shot at the 2B job to start with. (he plays all over the place) He is a switch hitter with some good power and it appears that a change of scenery may be in store for him. Don't think it would take too much to get him. Now if Arroyo really impresses in the spring, Happ could be an option for the OF or a very good utility player. I just don't want to get caught this year with no real backup at any position like we had this year a 2B/3B He played all OF positions this year as well as all IF positions except SS.

Really like the idea of Dickerson as a platoon bat.

Coming off an injury-plagued yet effective season, he could be in our price range. He made less than $10 mill last year.

Derek said:
Coming off an injury-plagued yet effective season, he could be in our price range. He made less than $10 mill last year.
Click to expand...

DH option as well, a bit easier on the body and can be put into a true platoon role where he belongs.

AZ_ said:
DH option as well, a bit easier on the body and can be put into a true platoon role where he belongs.
Click to expand... 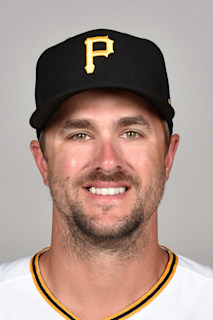