Cavaliers Reserves: Jordan Clarkson, Rodney Hood, Jeff Green, and Tristan Thompson
Raptors Reserves: Delon Wright, C.J. Miles, Serge Ibaka, and Pascal Siakam​
Game 4 Look-Ahead​
CLEVELAND -- For a brief moment Saturday night, thanks to a late three-pointer by rookie OG Anunoby, the Raptors got one hand out of the playoff hole they had dug themselves.

Then LeBron James buried them.

James, who had stepped up all evening, hit an off-balance buzzer-beater from 10 feet to give the Cleveland Cavaliers a nerve-jangling 105-103 win over Toronto, pushing the Raptors to the playoff precipice.

The Raptors were awful early but then fought back. But it wasn't enough.

"They laid their hearts out," coach Dwane Casey said of his team, which now trails 3-0 in the Eastern Conference semifinal. "That's all you ask -- in a hostile situation, the other team playing really well, putting ourselves in a position to win."

But in a must-win game, the Raptors never led. Their season -- and perhaps Casey's job -- is on the line Monday in Game 4 at Quicken Loans Arena.

"We have one more game," said Casey, perhaps stating the inevitable. "Our pride is on the line. Basically our season's on the line."

The future is bleak given no NBA team has ever blown a 3-0 playoff series lead.

James led the Cavaliers with 38 points while Kevin Love added 21. Kyle Lowry had 27 for the Raptors with DeMar DeRozan sitting out the fourth after contributing just eight points.

Cleveland, which led by as many as 17, found itself tied 103-103 with eight seconds remaining after the Anunoby three-pointer. Then James raced down the court and delivered the dagger.

Casey had wanted the Raptors to trap James in his own end. But, taking the inbound pass from Love, he had little in his way as he headed to the Raptors end and, with Anunoby desperately trying to get in his face, put up a floater that banked in off the glass.

"He split the trap and went 100 miles an hour down the floor and lost our guy," Casey lamented. "We just didn't execute."


James does that to you. At 33, he continues to dazzle with a seemingly endless arsenal.

What was the degree of difficulty of the shot, James was asked afterwards?

"The level of difficulty of that shot, it was very difficult," he said with a smile. "Don't try it at home."

It was the fifth buzzer-beater of James' post-season career. He sank a three-pointer to beat the Pacers as time expired in Game 5 of Cleveland's first-round series.

In games and during practice, his teammates have seen the best of LeBron. But they are still left amazed.

"I ran out of words a while ago," said Kyle Korver.

James scored 16 of the Cavaliers' 26 points in the fourth quarter, refusing to let Toronto complete the comeback.

Toronto played a physical game, harassing and bumping James at every turn. And it showed real grit in mounting one comeback after another, only to have James and the Cavs push them back.

Still on a night when Toronto need to have all guns firing, DeRozan wasn't a factor with a 3-of-12 shooting night. The Raptors also helped Cleveland's cause with 17 turnovers, which yielded 18 points.

Casey said his team played with "our pants on fire defensively," but struggled to take care of the ball on offense.

The Raptors trailed 79-65 going into the fourth but fought back to cut the lead to 97-95 with less than three minutes remaining and 102-100 with 15 seconds left.

After Jeff Green made just one free throw, Anunoby tied it up with his last-ditch shot.

The Cavaliers have won nine straight playoff games against the Raptors dating back to the 2016 conference final. They have also won 14 of their last 16 (regular season and post-season) against Toronto.

The Raptors went with a small lineup, giving Fred VanVleet his first career start in place of the slumping Serge Ibaka.

Toronto had a brutal opening, trailing by 12 in the first quarter before clawing its way back. But a string of errors and a poor start by DeRozan -- who missed eight of nine shots with three turnovers in the first half -- made the comeback heavy lifting.

"He wasn't the reason we lost. He had a tough night," said Casey.

After closing the gap to one point at 39-38 in the second quarter, Toronto missed five of its last six shots and went into halftime trailing by 15.

It was more of the same in the third. Toronto attempted to trim the lead only to have Cleveland beat it back to lead by 14 going into the final quarter.

Casey and team president Masai Ujiri both showed their displeasure at the officials during the game. Their ire was heightened when a potential three-point play -- an Ibaka bucket and Cavs foul -- was changed to no basket and a non-shooting foul after a loud protest by James.

Ibaka fouled out with 11 points and eight rebounds.

Toronto missed 10 of its first 12 shots and had four turnovers as Cleveland led 16-4 before the Raps fought their way back with an 13-4 run. Still the Cavaliers led 24-19 at the end of a first quarter that saw Love collect six points and eight rebounds.

A 16-2 Cleveland run, with seven points coming from Korver, to end the quarter negated much all of Toronto's hard work in fighting back as the Cavs went into halftime up 55-40.

Cleveland, which had just nine turnovers in total over the first two games, had 10 before the third quarter was over. Still it maintained its lead.

Cleveland, which finished nine games back of the Raptors in the Eastern Conference, won the first two games in Toronto 113-112 in overtime and 128-110.

The Raptors finished the regular season as the top seed in the East with a 59-23 record, nine games ahead of fourth-place Cleveland (50-32).

Rodney Hood looks terrified and choking IN HIS TEAM PHOTO!

Really think the Raps will fold in this one. Bron usually handles his business in a closeout. Get that much needed rest for the next two rounds. Man....I may have to adopt the Raps as my second team going forward. So much pain and suffering. Seems like good guys and the fans I met were cool too. Oh well, we need to get ours while we can.

So if the Cavs and Celtics both sweep, the ECF don't start right away? It waits until what would have been game 7?

Hurl Bruce said:
So if the Cavs and Celtics both sweep, the ECF don't start right away? It waits until what would have been game 7?
Click to expand...

I believe May 13 is the earliest it can start.

Can anyone explain why the game wasn't stopped with 0.2 or 0.1 left after LBJs shot in Game 3? What is the rule on that? Ball clears net, or would Toronto have needed a TO left?

Mr. Orange said:
Can anyone explain why the game wasn't stopped with 0.2 or 0.1 left after LBJs shot in Game 3? What is the rule on that? Ball clears net, or would Toronto have needed a TO left?
Click to expand...

The time keeper let the buzzer go off and the refs didn't review it, I guess. Toronto wouldn't need a time out just to review it, only to try to advance the ball. With 0.1 or 0.2 I think all you can do is tip the ball anyways, so it seems very inconsequential. 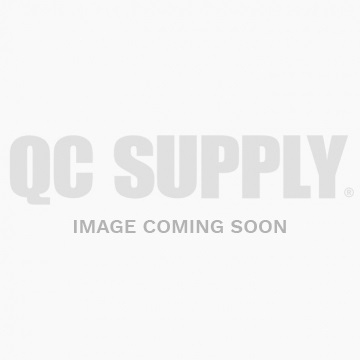 Mr. Orange said:
Can anyone explain why the game wasn't stopped with 0.2 or 0.1 left after LBJs shot in Game 3? What is the rule on that? Ball clears net, or would Toronto have needed a TO left?
Click to expand...

I don’t know when the timekeeper is supposed to stop the clock, but it looked to me like the buzzer went off before the ball hit the ground. I have to imagine that the other team has to possess the ball, or something, before the clock stops. Otherwise, do you stop the clock as soon as the ball clears the rim? Wouldn’t make sense.

Zog said:
The time keeper let the buzzer go off and the refs didn't review it, I guess. Toronto wouldn't need a time out just to review it, only to try to advance the ball. With 0.1 or 0.2 I think all you can do is tip the ball anyways, so it seems very inconsequential.
Click to expand...

the refs would have had to review it to make sure the shot counted. The buzzer went off "during the play" so they would have reviewed it.

I cant find it, but i do believe there is also something that allows a small margin of error (.3 seconds?). Basically there will always be a delay in the start of the clock AND end of the clock, and thus just because the ball goes through the hoop does not mean the clock stops instantaneously. In this case the ball goes through the hoop right around .2 seconds and the human margin of error of starting and stopping the clock takes over. Had the ball gone through with .5 seconds, im pretty sure the refs would have added at least some time (although not a full half second)

Speaking of terrified, I’m terrified RIGHT NOW that Toronto will get it going and win 4 straight!

In Dorsey We Trust 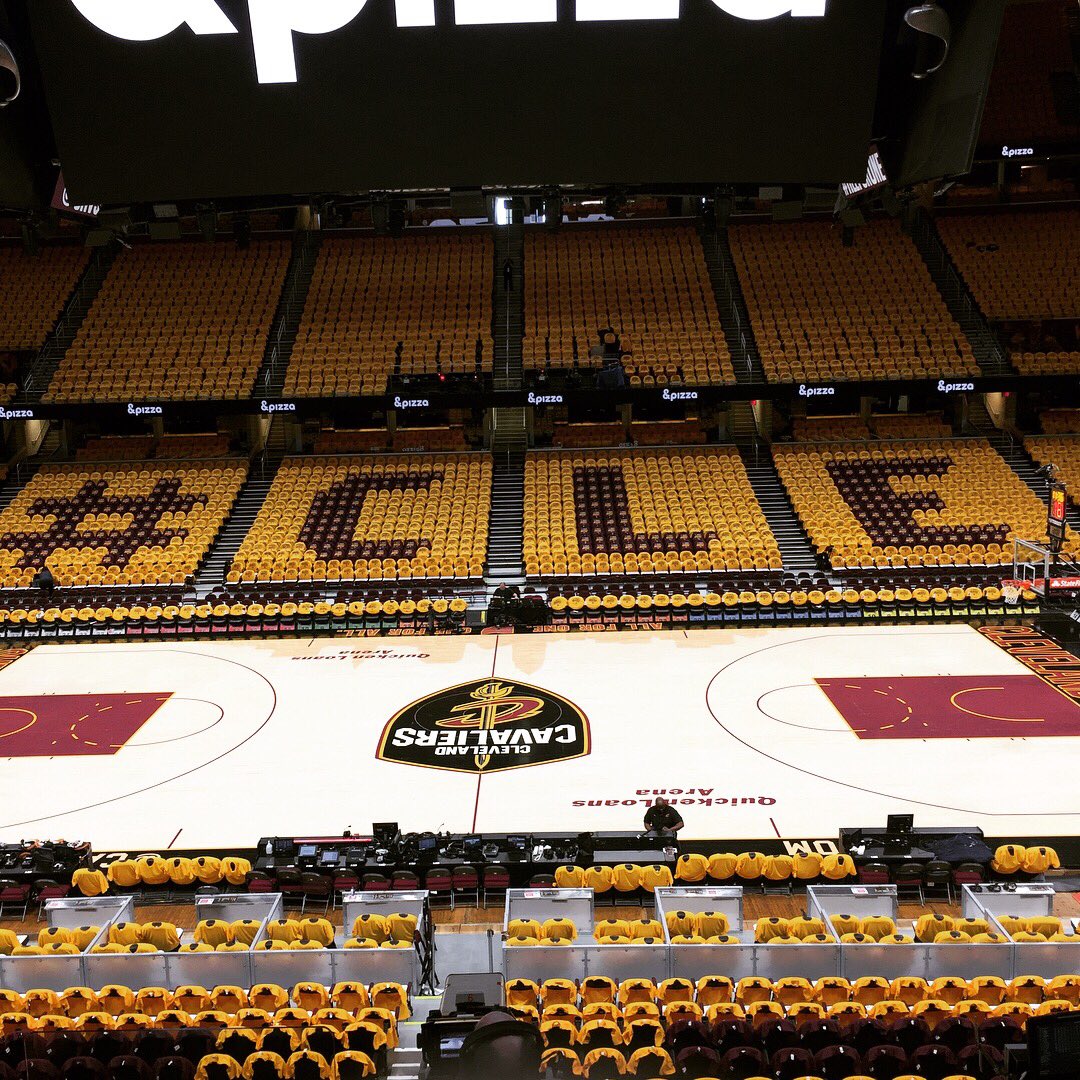 KilgoreTrout said:
THIS is telling:

Really, Lue? Casey puts you in dilemmas?
Click to expand...

Whether he believes that or not doesn't matter. I would say the majority of NBA coaches look out for one another because they know the high turnover rate their job has should "expectations" not be met. Lue saying that isn't surprising in the least, and it's not entirely untrue.

Casey has made a few adjustments (I think he was too late to react though and some of his decisions have been costly), more than I thought he would, but ultimately the results are that the Cavs are up 3 games to zero.
You must log in or register to reply here.
Share:
Facebook Twitter Reddit Pinterest Tumblr WhatsApp Email Link