So Long Tristan And Thanks For All The Fish 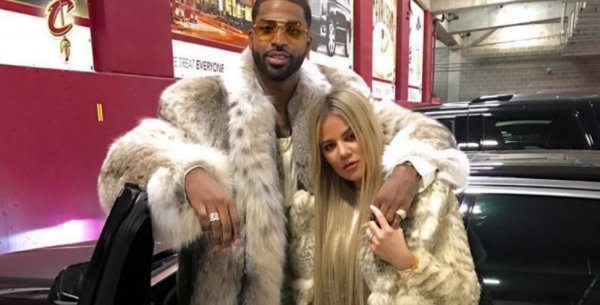 He actually had some pretty dominant and efficient offensive performances this year.

Drummond wasnt even trying there-what is with that guy.

One of the realest moments of what should have been our dynasty. Tristan cared more than anyone not named LeBron. He was always a real one on the court and in the locker room. He may not have known which hand he was born to shoot with, he may not have developed anything resembling an offensive game, but he did his job and he did it very well. You have to be a great defender and rebounder to start in the Finals with zero offensive game. He had a place on the court playing against what will likely go down as the most powerful teams the NBA will ever see.

Many of us remember the lean years immediately following LeBron's first departure. TT was a resident whipping boy. Because he was often tasked with being something he wasn't and would ultimately never become. But he hung in there, was a reliable soldier, and it paid off in 2016.

As much as I'd like him to hang around, it's a selfish desire. If he wants to go compete for more rings, he's entitled to. Frankly, he should have more rings. but those aren't coming anytime soon in Cleveland.

So TT, thanks for everything. and for the love of god, start wearing condoms.

Dude was a key piece of the only Cleveland championship in 56 years. Nothing but appreciation from me.

Really valuable role player on a championship team, think it was time to part ways though. Thanks for the production over the years TT!


That Justin Rowan guy on twitter is going a bit overboard with it, bit of Canadian bias going on there

So long, Tristan, you were a great Cavalier! I wish you nothing but failure with the Celtics.

I definitely don't believe this. Maybe if they're both on shitty teams and being asked to play larger roles than their skillsets allow. but I don't think Drummond would have a place on the floor in the finals against the platonic ideal modern 3 point shooting team and hold his own.

I believe the Cavs-Warriors Finals Series' probably had the highest level of basketball we've ever seen in the NBA, at various points. and TT was right in the middle of it the entire time.

Never liked him but I got to admit he fits in real with Boston similar to his limited skillset fit well with those legendary offensive teams we had before Kyrie decided to bail.

I saw that Boston and Charlotte are discussing making the Hayward signing a trade. If so TT could go to Boston as part of it giving the Cavs about a 10M trade exception. Boston would get about a 20M trade exception. One team would probably have to give Charlotte something for being agreeable. Not sure why either teem would want to include the Cavs but I think Carsen Edwards would fit very well with the Cavs and would be happy to give up two second rounders for him. Just spitballing.

Guardian of the Cavaliers

World B ThAreee said:
Dude was a key piece of the only Cleveland championship in 56 years. Nothing but appreciation from me.
Click to expand...

I know I had my gripes about him but aside from 1 year after they won it all he balled.

I hope the Cavs matched that offer. I’m assuming TT wanted to move on.

He was our only hard working AND durable veteran and this team will miss him.