Figured this deserved its own thread. Well keep an eye on the OF battle and other general news here.

@Stark help me make this thread all fancy and stuff. I’m always using this site on my phone sooo.

BMAN said:
@Stark help me make this thread all fancy and stuff. I’m always using this site on my phone sooo.
Click to expand...

Mandy Bell on instagram and twitter has been posting a lot of pictures and the like from the guys getting down there. She's been doing real well in her Indians coverage since last season. One of my favorite media members to follow regarding the team. 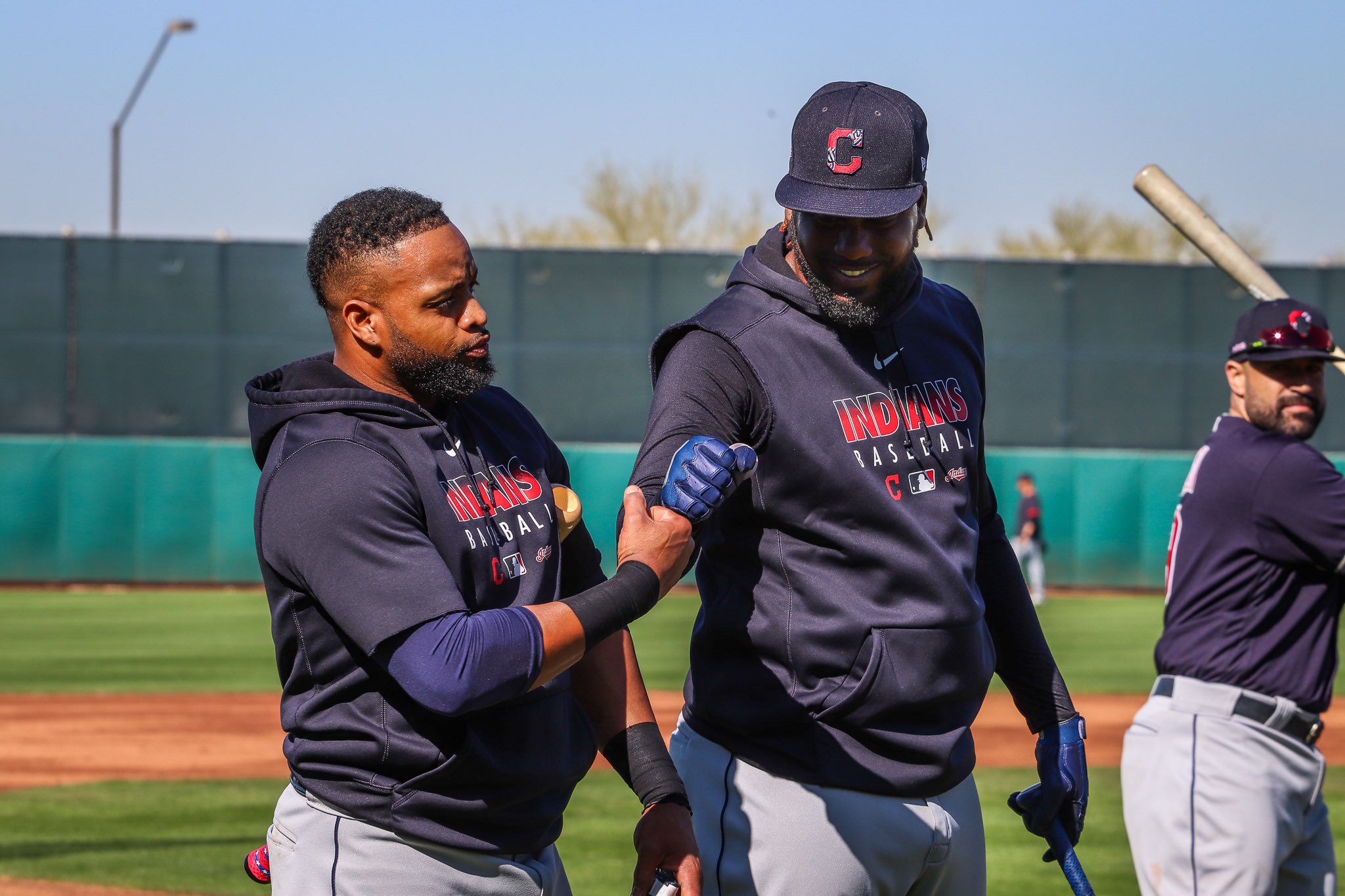 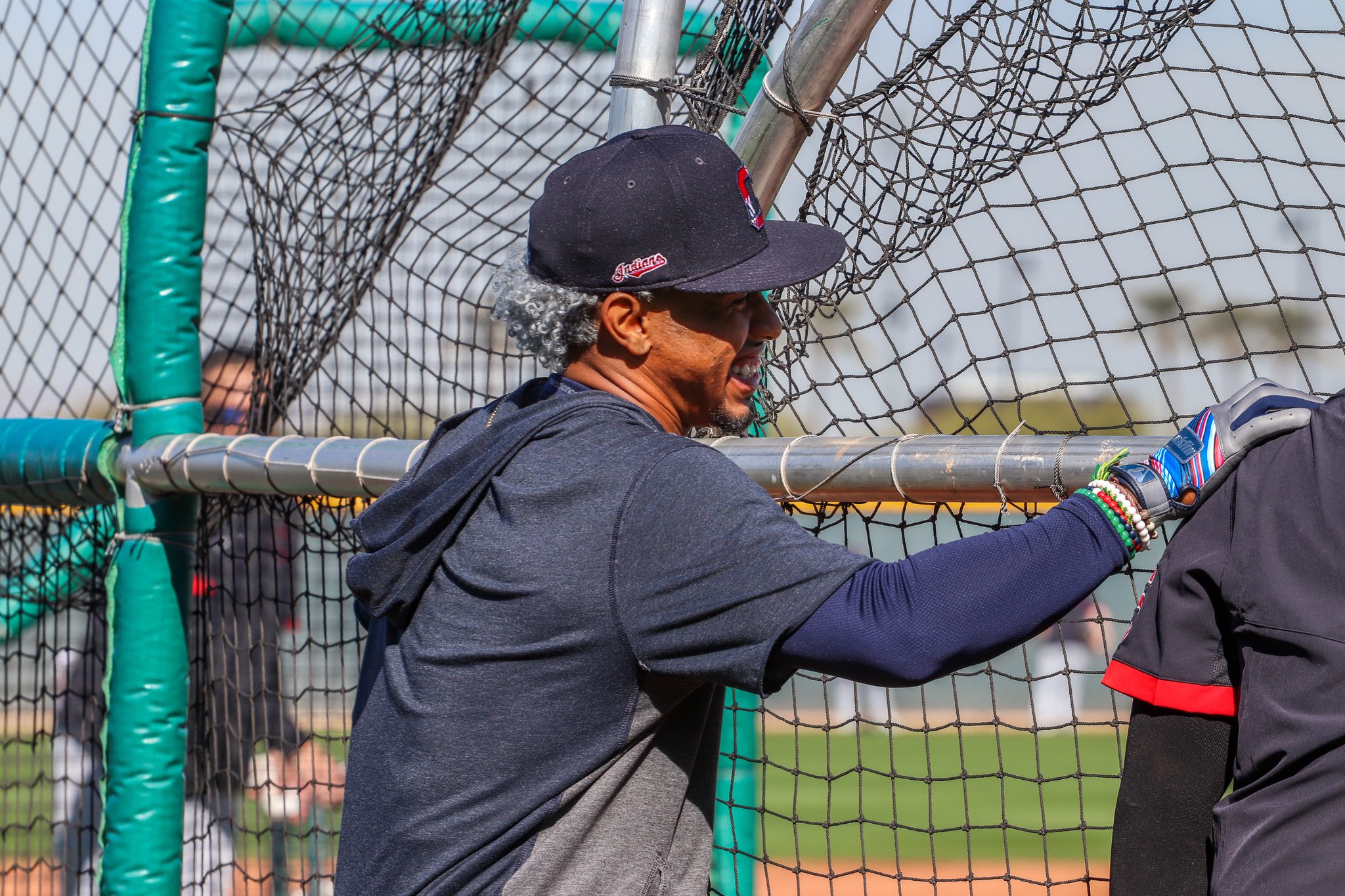 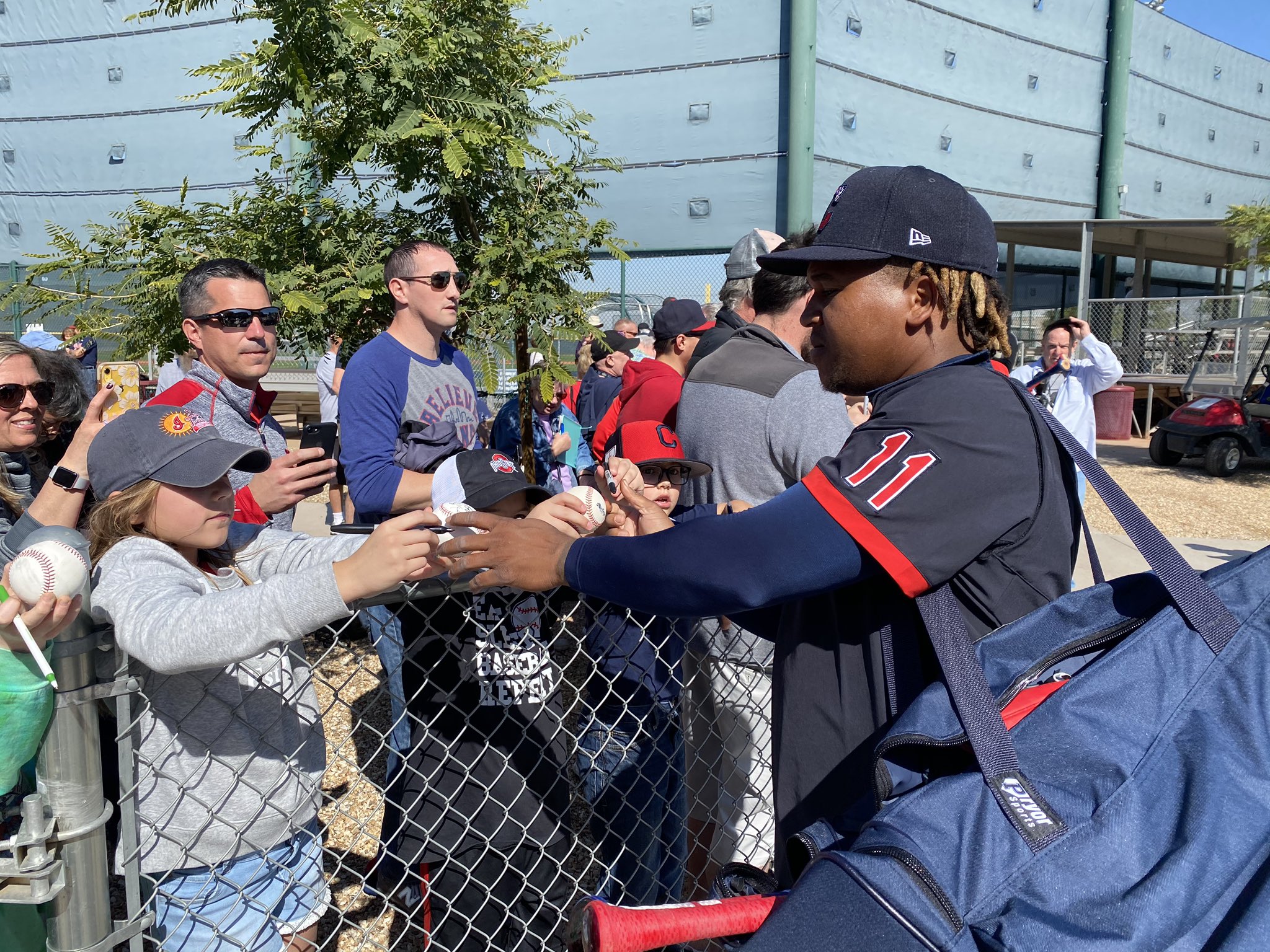 Stark said:
Mandy Bell on instagram and twitter has been posting a lot of pictures and the like from the guys getting down there. She's been doing real well in her Indians coverage since last season. One of my favorite media members to follow regarding the team.

Since I am bored and not everything has started yet for the roster, let's go with who we lost and brought in..

Indians are bringing back majority of a 93 win team. People are complaining we didn't do very much this off season but honestly the Indians were one of the better teams in the second half of the season. There isn't any point of looking at the roster from the start of last season, but from the trade deadline of last year is where I will start.

Honestly Otero, Anderson and Salazar we could easily live without. Otero wasn't all that strong last year, but was a good clubhouse guy. Anderson and Salazar just dont have it anymore anyways. Clippard was a good find for the team last season, but he was a soft thrower which the Indians bullpen was full of. Kluber barely pitched last season and really only Bauer and Clippard had any significant roles played last season. Bauer we all know was a talent with too many quirks to handle.

When it comes to position players, Kipnis was a clubhouse leader with so-so on field production, on paper his stats were replaceable and the league felt it too since he took a minor league offer. Plawecki and Haase both are solid catchers, but neither are great catchers. I have a hunch they will both have good seasons, but we didn't lose much on paper. Puig everyone seemed to hate losing but honestly he was an AVG guy not a power guy for Cleveland.

On paper the pitching doesnt look as good as having Kluber and Bauer, but honestly Civale having 9 out of 10 starts giving up 2 runs or less really showed some talent. Also Allen and Moss are left handed starters which the Indians organization has very few lefties worthy of the bigs. Allen was a top 100 prospect until his struggles last season. Wood is a mid 90s fastball who is a competitor and really had to work his way up the ladder. Karinchak and Clase are both scary young bullpen arms. Karinchak has nasty stuff though is a bit quirky personality wise. Clase was a fast riser who can throw 100+ with his fastball. It's been well documented that Clase in 21 games last season threw more pitches in the 99-100 range than the entire Indians staff last season.

Reyes and Domingo are similar players, so had some question marks about that, but honestly both can hit it a mile, the question is can one play the field? Leon and Hernandez are both upgrades over Plawecki and Kipnis respectfully. So these two help make the roster better. Arroyo was a top 100 prospect who has been battling injuries, but can really field. DeShields is a very good defensive OF, but lacks some in the bat department, but is a 4th OF that any roster would take especially with the 26 man roster setup.

Indians are winning it all this year if they resign Puig.

Sportscoach - I like your review of the changes from the 2019 roster but there are a few names to add to the bullpen turnover.

Used in the 2019 bullpen & also gone from the organization: Nick Goody, AJ Cole, Tyler Olson.
Each guy had stretches of effectiveness coming out of the Tribe bullpen (either in 2019 or a prior season).

It could be argued that each players was more key to the 2019 team than Danny Salazar...

Rotation- with the departures of Bauer and Kluber and the Injury to start the season with Clev, the starting rotation needs to be decided.

Bieber is the only true lock in the rotation.

Carrasco has a spot with a clean bill of health.

So that leaves the last three spots, right now the front runners are Civale, Plesac and Plutko. Civale was supposed to be a bullpen arm via scouts but honestly in his ten mlb starts impressed enough to quiet those scouts and his command with great secondary pitching makes him a likely candidate for a rotation spot. Plesac is the high intangible guy with great poise on the mound, but his advanced numbers say it was almost impossible for him to keep up. Can he develop his secondary stuff? Plutko is a definition of a 5th starter, not great stuff, but always competes and will keep you in games. Jefry Rodriguez showed some potential as a starter until he got hit with the injury bug. He has a much better arm than Plutko, the question is honestly can he hold up as a starter? Logan Allen is a former top 100 prospect who had a bad 19 campaign. Ability is probably higher than most of the guys trying to make the roster, but can he put it all together?

Utility spot- Honestly Arroyo is out of options and has shown to be a good fielding INF so he has the best chance for the utility spot, but guys like Freeman, Velazquez (if outrighted) are also in the mix. My money would be on Arroyo or Freeman.

OF and DH- This is the area that's going to be the most competitive and really have to figure out what is going on. Mercado and Reyes are likely the only locks here. Luplow should get a spot as at least a platoon. Domingo was signed to a major league deal so he looks almost like a lock as well. DeShields is almost too good defensively to leave off the roster, so those guys are competing with Allen, Johnson, Bauers, Tom, Zimmer for the spots available. Allen needs to improve his bat, last year was a chance and he didn't prove anything. Bauers needs to all around improve, but still has the most upside. Johnson and Tom are unprovens so likely they will stay in the minors depending on the spring and Zimmer lost some ranking skipping winter ball, so he is a long shot to start the season with the club. Eventually during the season Naquin will be back, so that throws in another wrench later in the season.

MadThinker88 said:
Sportscoach - I like your review of the changes from the 2019 roster but there are a few names to add to the bullpen turnover.

Used in the 2019 bullpen & also gone from the organization: Nick Goody, AJ Cole, Tyler Olson.
Each guy had stretches of effectiveness coming out of the Tribe bullpen (either in 2019 or a prior season).

It could be argued that each players was more key to the 2019 team than Danny Salazar...
Click to expand...

Not going to disagree but Salazar was supposed to come back and be something plus talent wise he has way better stuff than any of those three.

Yeah Goody was arguably our 2nd best reliever for most of the season and then gave up literally 4-5 absolutely back-breaking home runs in close games down the stretch.

I say we throw Chisenhall back in the mix out there - a real barn burner.

bushwick_bill said:
Indians are winning it all this year if they resign Puig.
Click to expand...

I don’t know if someone can resign someone else, but it looks like exactly what they’re doing
D

I don't really see much in terms of ST battles. Utility infielder and one or two bullpen spots is all. Maybe one rotation spot if a Logan Allen or Scott Moss light it up and Civale or Plesac struggle. But I doubt that.

Civale has a spot until he loses it.

Plesac isn't as cemented into the rotation. He doesn't have the same sort of stuff as those ahead of him. I see him as interchangeable with Jefry and Plutko.