If AJ drops a 20+ game on Orl, all of his struggles against CHA will be forgotten

Nice game thread by the way.

I just added a preview article to the first post.

Well, I guess its time to change my signature since someone else has it...

Jamison will hit 8 shots. PTS undetermined and he'll get about 8 RBS.

I guess the big question is...does he start tomorrow?

The Magic player that will most feel the impact of Antawn Jamison’s addition to the Cleveland Cavaliers will be power forward Rashard Lewis. Jamison has caused Lewis problems on occasion. So what does Lewis think about the trade? ‘It doesn’t scare me,’ Lewis said. ‘I’ve been on all star teams as well as him. I think it’s going to come down to who executes better on the defensive end. Most definitely a great player. … At the same time one guy doesn’t win ballgames. They do have another guy called LeBron James which is going to be our focus.’ Magic Coach Stan Van Gundy said the acquisition made the Cavaliers ‘pretty formidable. They’re already the best three point shooting team in the league,’ Van Gundy said. ‘They get another guy who can stretch the floor with Shaq inside, LeBron on the perimeter.”’
Click to expand...

In his last nine games against Jamison, Lewis has averaged just 12.8 points on 38 percent shooting.

Tell me how my Cavs taste.

jroman said:
i saw Bron, mo and jamario moon at the mall today. it was epic
Click to expand...

Killer wake up time for us on the left coast, but it will be worth it to watch a Cavs victory! Personally, I expect the refs to screw Shaq over early letting Howard get into a rhythm against Andy, JJ, and Tawn. We'll end up winning at the end though.

TawnTawn for 17 points and 7 rebounds 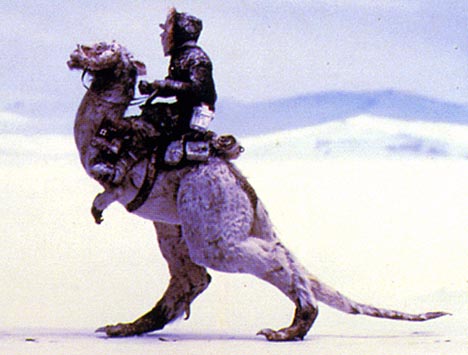 It will get ugly quick.

Your face is gonna get ugly quick.

^^Victory for BigMar. I can't wait to see Tawn make his first shot. Will be epic, so will lebron dropping 40 against orlando like always. oh, and rosa can sit next to me on the bus any day.

jroman said:
i saw Bron, mo and jamario moon at the mall today. it was epic
Click to expand...

InLeBronWeNeed said:
^^Victory for BigMar. I can't wait to see Tawn make his first shot. Will be epic, so will lebron dropping 40 against orlando like always. oh, and rosa can sit next to me on the bus any day.
Click to expand...

she can take a seat on me if need be.

The Clevelanders are coming off a tough loss @ Charlotte on Friday night, 110-93, in a game where they looked like they didn’t want it at times. LeBron James led the way, as usual, for the Cavaliers, with 22 points, 9 assists & 4 steals, even though he took just 14 shots (making 6). Delonte West tried to give a lift off the bench, going 5-10 shooting for his 13 points, while Mo Williams & Anthony Parker made 7 of their 12 from downtown, combining for 23 points. Shaq went 4-9 for 10 points, which makes it the 1st time he’s finished under 50% shooting for a game since 1/16, when he shot 3-7 (Shaq has shot under 50% for a game only twice in the new year). Meanwhile, Antawn Jamison struggled in his Cavalier debut, shooting 0-12 for 2 points & 7 rebounds, in a game where he obviously wasn’t his usual self.

Orlando is coming off of a 95-85 home loss at the hands of the Dallas Mavericks. The Magic had a 10 point lead after 1 quarter, but Dallas held them to just 52 points over the final 3 quarters to pull away with a 10 point win. Dwight Howard had a terrific showing, shooting 11-19 for 29 points to go along with 16 rebounds & 5 blocks. Vince Carter & Jameer Nelson added 16 points each, while Rashard Lewis added 12. However, Orlando’s bench contributed just 6 points and as a team, the Magic shot 4-25 from downtown in their 6th home loss of the season.​
Click to expand...

You can view it in its entirety here: http://numbersdont.com/?p=1344

Don't forget to check out the other posts, and you guys are in for a treat, as Cam posted an interview he conducted with Benson Callier, who was listed as 1 of the top 25 basketball players not in the NBA by Pro Basketball News.

Cam also puts a sigh of relief into Cavs fans, as he shows why there's no concern over Antawn Jamison's slow start.

Two great great reads right there, and leave us some comments, especially on those 2 pieces.

And tell your friends and family about the site, they won't be disappointed!

And as usual, you can post all suggestions, complaints, compliments, or just chat about the blog in the NumbersDon't thread.

Cleveland had no choice after last year's meltdown.

The Magic were in control for most of the conference finals, with the Cavaliers needing a spectacular buzzer-beating 3-pointer by James for one of only two wins in the playoff series. Cleveland was just 3-6 against the Magic last year and never won in Orlando.
Click to expand...

This still bothers me. How did the Magic own that series? Were the Cavs not the ones in front by double digits for most of the games? Did the Magic not need two miracle threes from Rashard Lewis to win? People act like the Magic dominated, but they didn't. If Shard misses those two threes, the Cavs win in 5....
You must log in or register to reply here.
Share:
Facebook Twitter Reddit Pinterest Tumblr WhatsApp Email Share Link