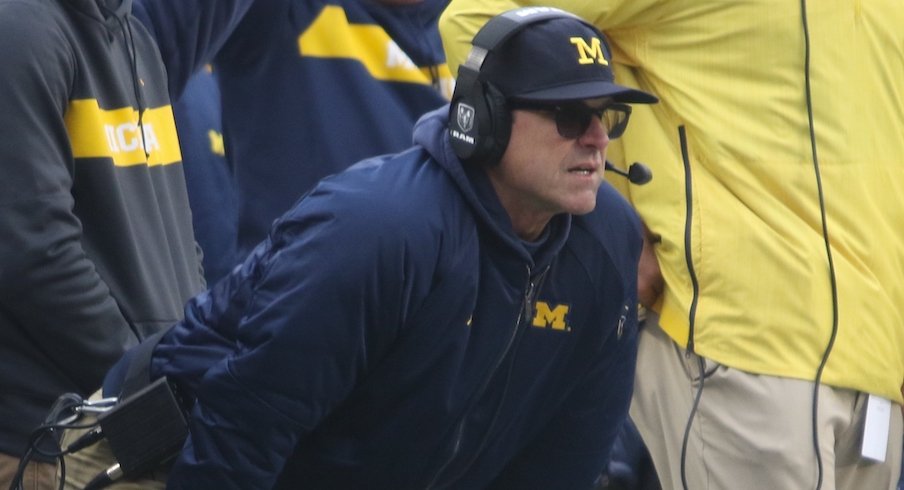 All of Ohio State's wins against Jim Harbaugh were glorious, but we took a stab at ranking them.

My ranking is a bit different:
5) 2017- I think I missed this one live for some reason, and it was basically us struggling in a bad game.
4) 2019 - Day’s first win was fun as hell, but after the previous year’s contest it felt a little… predictable.
3) 2015 - This game deserves more credit. Harbaugh was still seen as a new force in the B1G, and it was a perfect welcome party for him. It was a bludgeoning and because we were in our playoff alts, a perfect looking game.
2) 2018 - What needs to be said?
1) 2016 - The best, most even game of the 5. It had big plays on both sides of the ball, controversial calls, and it’s the only overtime game in the rivalry’s history. The ending remains iconic. 2018 might’ve been more fun to watch but the drama was palpable that day (and more consequential, even if our playoff berth ended horribly).

Just returned from spending time with wife's family in Michigan. Got my chocolate from Ann arbor, but it's still a whore. If I didn't have to be somewhere I might've stopped by the big house and took a pic in my buckeye hoodie and hat.

Just glad I get to watch the game for the first time in years since the weasels didn't play the it last year.

Michigan blog that I read a lot. They tend to be relatively pessimistic about football. They predict 40-21 OSU
T

Anything to the rumors of Stroud and Hickman being sick?

Anyway, was up in MI in August and grabbed some shitty wolverine beer. When the game is iced, it will be consumed. Cant wait.

ticon12389 said:
Anything to the rumors of Stroud and Hickman being sick?
Click to expand...

I hope not but I searched it on twitter and there were some tweets about it...

I ordered for my family a bunch of OSU gear, we have OSU balloons and a box of chocolate buckeyes. I cannot wait for tomorrow. Oh and even my dog got something to wear for the game... LOL
Last edited: Nov 27, 2021

bushwick_bill said:
I hope not but I searched it on twitter and there were some tweets about it...
Click to expand...

Fuck Michigan and their shitty fans

No banks
No Teague

Ready to hang that hundred.

Oh, sweet summer child. I love it when scUM gives bulletin board material like this. Love it! 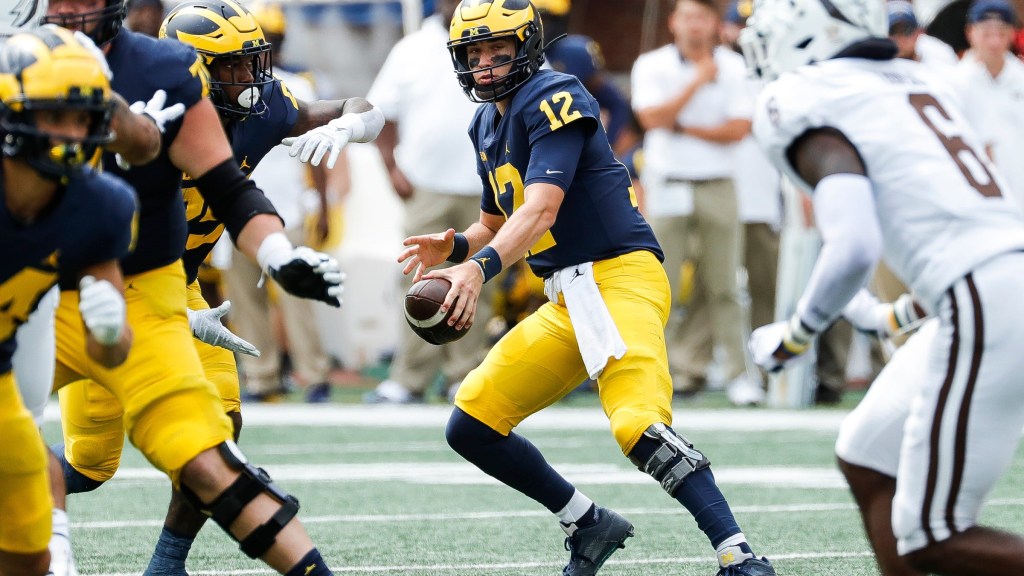 They apparently never learn. Even if McNamara didn’t mean it this way, there’s no reason for these comments.

Dumbass mittenheads wearing blue pants instead of maize… Hope we beat their ass into pavement today.